Marko: I think Albon is better than Kvyat 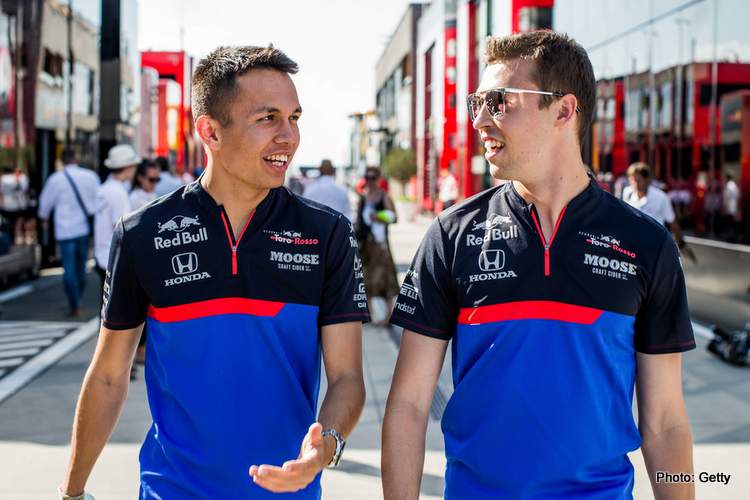 It was a decision that caught just about everyone in the Formula 1 paddock by surprise namely, Alex Albon getting the nod to replace hapless Pierre Gasly at Red Bull ahead of Daniil Kvyat.

Red Bull’s driver boss Helmut Marko explained the decision-making process which resulted in Albon, with only 12 F1 races on his CV, being chosen ahead of Kvyat who returned to the top flight as a changed driver and the one most likely to step up, until he was not.

Marko explained in a recent interview, “I think Albon is better. We know how fast Kvyat is, we can say that he has become a more complete driver. However, based on all factors, we chose Alex.”

The Thai driver will be thrust in the limelight as he makes he debut for the Blues at the Belgian Grand Prix, at the end of this month, and alongside the formidable Max Verstappen, there will be nowhere to hide. A seat with the team next year is very much his to secure… or lose and he has nine races to make his case.

Marko revealed, “Alex’s contract only covers the remaining nine races of this year. No one has yet decided who will be Max’s teammate next year, so Alex should be able to grow and race without feeling any extra pressure.

“I am optimistic. To be honest it was unexpected that he showed such a good performance in his first year. Moreover, he has made steady progress from race to race,” added the Austrian former F1 driver.

Famously Marko promoted Verstappen at the expense of Kvyat for the 2016 Spanish Grand Prix, which the Dutchman promptly won on his debut for the ‘big team’ and the rest, of course, is well-documented history.

Albon will don the dark blue overalls of the Red Bull team when he steps into the cockpit of the RB15 at Spa-Francorchamps for FP1 on Friday, 30 August.

Big Question: Will Alex sink or swim with Red Bull?