Szafanuer: Renault had better watch out 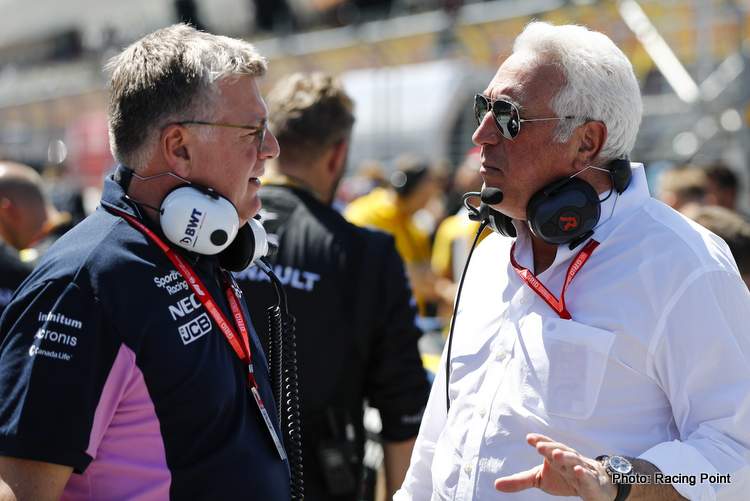 Racing Point team principal Otmar Szafnauer says it is only a matter of time before the team, successors to now-defunct Force India, get back to being best of the rest behind Formula 1’s big three.

If the standings question such optimism, with the Canadian-owned outfit languishing eighth out of 10 going into the August break after 12 of 21 races, the American has plenty of perspective.

He has been to the brink and back, as chief operating officer of a Force India team that punched above their weight to finish fourth in 2016 and 2017 before last year running out of money.

“We’ll get there,” Szafnauer told Reuters at last weekend’s Hungarian Grand Prix. “We have the same people, the same process, even better tools and more funding so it’s just a matter of time.

“The second half of the season should be a lot closer to where we’ve been in the past,” he added. “Renault had better watch out.”

This time last year, Szafnauer announced that Force India had been rescued by Canadian billionaire Lawrence Stroll and investors in a deal that saved 405 jobs and kept the Silverstone-based team on the road.

The Vijay Mallya-owned team had gone into administration with only 240,000 pounds ($292,056) left and gross wages of 2.2 million due at the end of the month. Keeping the staff on board through the crisis was key.

“The run-up to that (salvation) could have been where everybody said ‘you know what, I’ve had enough. I’m out of here’,” recalled Szafnauer. “Leading up to it a lot of people had all sorts of opportunities and we all stuck together.”

Racing Point Force India, the name shortened this season, finished 2018 seventh overall despite starting from scratch after Hungary as a new team.

Szafnauer would not rule out fourth as a target even for 2019, however much of a tall order that seems with McLaren there already and pulling away.

“I still think its possible but it’s difficult,” said Szafnauer. “Not because we’re that far away, but because the competition in the midfield is really intense and we’re really only fighting for a few points or tenths.

“If the top three teams do what they should do, the top six (race) positions are gone. You’re only fighting for a handful of points and there’s a lot of us in that midfield that could get that handful.”

Szafnauer said the situation was still in line with expectations, even if the tally was flattered by Stroll’s surprise fourth in a chaotic German Grand Prix.

“We took such a hit last year because of the difficulties that we had,” he said. “We were on the back foot because when we were making decisions back in May and June (2018) about this year’s car, we had no money.

“So we compromised this year’s car and I didn’t really understand the impact of those compromises until this year. Now we’re trying to unravel some of those things because we do have funding that we can spend on performance, which is what we’re chasing now.”

Szafnauer indicated Perez would stay next year alongside Stroll, who was at Williams last season and when asked whether he envisaged a change, he said: “I don’t think so.”

“Lance is young and learning, has a lot of potential. It’s a totally different team for him and that takes time to gel with everybody and settle in but that’s happening at a good rate.

“We’re teaching him things about how we go about our business and Sergio is helping with that. Sergio’s been here a long time so I think it’s a good mix, a good combination.”

The team boss had no plans to move on either, despite interest from others, “I want to see this place succeed and do better than it has in the past.