Hamilton dominant but pretender to his throne emerges 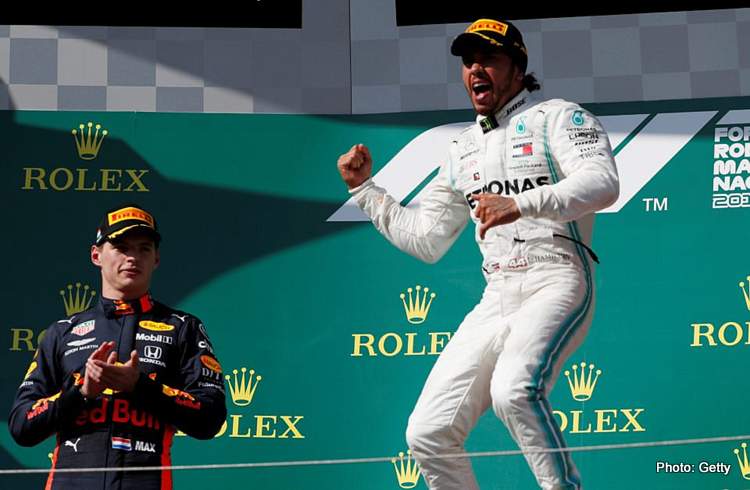 As Lewis Hamilton moves ever closer to Michael Schumacher’s Formula 1 record of 91 Grand Prix victories, a younger and equally ambitious driver is emerging as his main rival and pretender to his throne.

Red Bull’s Max Verstappen is showing the kind of daring and panache now seemingly beyond the reach of Ferrari’s Sebastian Vettel, who is enduring a third straight season of frustration.

Valtteri Bottas, who is Hamilton’s under-pressure teammate at Mercedes, led the championship early on but has drifted back and has not won any of the past eight races. Now, Verstappen is poised to overtake Bottas and move second behind Hamilton overall when F1 resumes with the first of nine remaining races at the Belgian Grand Prix on 1st September.

Hamilton speaks in glowing terms about Verstappen, a fearless and mentally strong driver who does not crack under pressure. In fact, the 21-year-old Red Bull driver thrives on it, much like Hamilton.

Verstappen drove brilliantly from pole position in Sunday’s Hungarian GP, fighting hard until Hamilton overtook him late on following a relentless chase to clinch his 81st F1 win. It was another enthralling scrap, following Hamilton’s brilliant defence under intense pressure from Verstappen at the Monaco Grand Prix in May.

While Hamilton speaks respectfully of Vettel, a four-time F1 champion with 52 wins, he speaks with open admiration of Verstappen.

“There is no better feeling, from a racing driver’s point of view, when you have a race (where) you face a really strong competitor and a great driver like Max, obviously at their best,” Hamilton said. “It is awesome to see the respect level between us. Really respectful driving and I hope to continue that.”

Hamilton’s processional win at the French GP in June prompted acerbic criticism of the lack of excitement in F1 because of the ultra-dominant Mercedes. But since then, F1 fans have been treated to wonderful races in Austria and Germany, a decent race in Montreal, and two exciting contests at the British GP and in Hungary.

The dramatic spike in the interest level has much to do with Verstappen, who won in Spielberg and Hockenheim and was denied a podium shot at Silverstone following a collision.

“Everyone was so negative talking about the sport and now all of a sudden we’ve had this big step up from the Red Bulls,” Hamilton said. “Now we’ve got a really good battle on our hands and it looks like it’s here to stay.”

Ferrari’s state of flux – no wins in 12 this season and 0-15 stretching back to last year’s U.S. GP – has opened the way for Verstappen.

Vettel blew championship leads in the past two seasons and has not won in 20 races since his victory at the Belgian GP last August.

Verstappen is touted as a future multiple champion and genuinely looks capable of challenging Hamilton. He is already ahead on two counts: as the youngest driver to win an F1 race (at 18) and the fourth-youngest to take pole compared with sixth for Hamilton (who was 22).

But the 34-year-old Hamilton is still working his way through the record books and his win in Hungary – the eighth this season – extended his championship lead to 62 points as he chases a sixth F1 title to move one behind Schumacher’s F1 record.

“I don’t have plans on stopping anytime soon,” he said.

Hamilton’s relatively advanced age was a topic raised by his former teammate Nico Rosberg – who beat Hamilton in a thriller when clinching his only F1 title with Mercedes in 2016. The German driver showed great ability to overcome Hamilton in an acrimonious season which went down to the last race in Abu Dhabi.

Then, in a flash, he retired from F1 after tense seasons alongside Hamilton – when their bickering tore apart a friendship dating back to their karting days as teens.

Rosberg, who won 23 F1 races with Mercedes, has taken to social networks to comment on Hamilton.

He questioned the severity of Hamilton’s illness at the recent German GP. He tweeted on July 28: “I think the man flu was just part of The Lewis Hamilton Show. He likes to make it look more difficult than it is.”

“Believe me it wasn’t man flu like some have said,” he said. “It was really something that wiped me out.”

Verstappen’s surge in form offered Rosberg another chance to take a swipe.

On his YouTube channel blog after Verstappen’s superb pole in Hungary on Saturday, Rosberg said that Verstappen – with his “bullet-speed reactions in his mind (and) absolute peak human body reaction times” – is now the number one driver in F1.

Despite evidence pointing to Hamilton’s ongoing dominance, Rosberg insisted the British driver’s powers are waning, “The best age for racing drivers is 30, 31, 32 and that’s because your ability as you’re getting older slightly decreases.”

Hamilton was unimpressed, “Whether he is right or wrong, I don’t really care. All you have to do is look at the tally of my results and they speak for themselves. Naturally, there will be people who have not had the success that I have, and might want to talk it down.

“I’m still fit. Hopefully, you can see I’ve not lost any speed,” he added.

So far this season, every driver in F1 would agree.

Big Question: How many seasons can Lewis remain at the top of his game?

Hamilton: If [Rosberg] is right or wrong doesn’t interest me