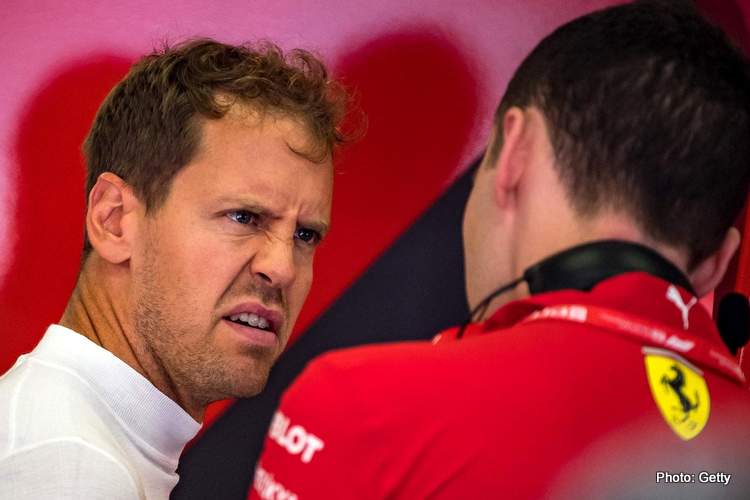 Nico Rosberg has described Ferrari boss Mattia Binotto’s latest comments about Sebastian Vettel as “brutal” hinting at cracks forming in the relationship between the two top men at Maranello.

Earlier at Hockenheim, Binotto was asked about Vettel’s career slump at Ferrari and he told RTL, “How can we help him? By being open and honest with him. By making it clear — we expect more from him. By telling him he was not as good as he could be.”

“At the moment I would even say that Vettel is maybe overdriving the car, because he wants to compensate for the lack of performance,” Binotto added.

Nico Rosberg, the 2016 world champion, expressed surprise at Binotto’s comments, “I see the situation simply. The handling of the Ferrari, particularly with the rear of the car, suits Leclerc better than Vettel.

“Ferrari is currently unable to give him a car in which he feels comfortable,” the former Mercedes driver said. “The six drivers in the top three teams are all under extreme pressure. I know because I’ve been in the same situation.”

“But I have to wonder a little bit about Ferrari and how frankly they express themselves. Even Mattia Binotto is criticising Vettel’s driving style in public and saying he overdrives the car. That’s pretty brutal,” Rosberg ventured.

Big Question: Are Seb and Mattia heading for a showdown?