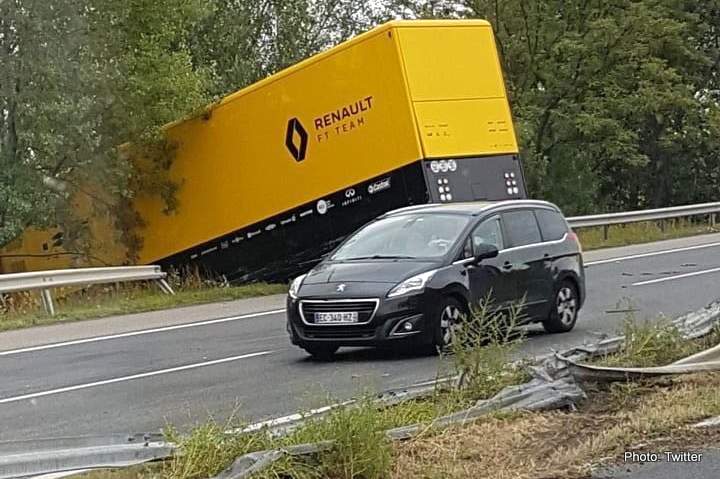 A Renault transporter heading to Budapest for this weekend’s Hungarian Grand Prix was photographed having crashed on a highway with the driver reportedly admitted to hospital in the Gyor region of the country.

Reports describe firefighters and a rescue helicopter at the scene with the driver initially trapped in the cabin.

He has since been transported to hospital in Hungary for further checks, the Enstone team stating that he is conscious and had been driving within the speed limit.

No other vehicles were involved but the exact cause of the accident and the cargo being transported by the vehicle were not known at time of writing.

Renault confirmed “that a Team truck was in an accident on the M1 in Hungary, near Gyor. The driver, who was driving within the respected regulations, is conscious and has not suffered serious injury. He’s been transported to hospital for further checks. No other vehicles were involved.”