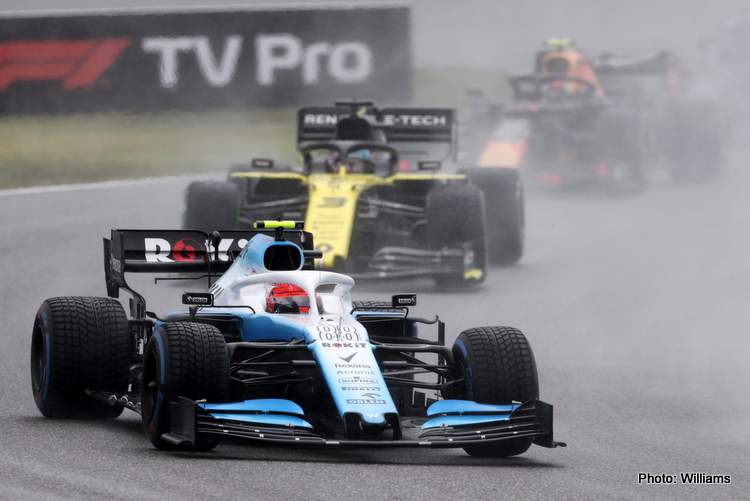 Williams report from the German Grand Prix, Round 11 of the 2019 Formula 1 World Championship, at Hockenheim.

Dave Robson, Senior Race Engineer: “The wet conditions made for a hectic and unpredictable race but gave our drivers a chance to try the 2019 Pirelli wet and intermediate tyres in anger for the first time. At times the conditions were difficult to judge, especially when it became tempting to fit the slick tyres, however, both drivers made sensible decisions and did well to stay on track.

“The race team delivered some more excellent pitstops helping us gain a couple of places in the pitlane. The engineers and strategists worked well together in difficult circumstances and delivered a very solid performance.”

“As this is a back-to-back race, we don’t have long to prepare the cars for Hungary and so we head back to the UK for a couple of days to review this weekend, analyse the last of the data from Friday’s running and finalise the plan for FP1 in Budapest.”

Robert Kubica: “It was a crazy race today and track conditions were very slippery. I managed to bring the car home with no mistakes which is the most important thing. Although racing in wet and changeable conditions isn’t new for me, it’s been nine years since I last experienced it in a Formula One car and it certainly refreshed my memory.”

George Russell: “It was extremely challenging. It wasn’t ideal conditions for anyone out there and it was a long race. We should have taken slicks under the penultimate safety car, but I think we took the conservative approach when we should have maybe rolled the dice.

“There were 13 or 14 other drivers on the grid who didn’t do that so it’s not exactly that we made the wrong call, but we had the opportunity to make the right call. We kept it on the black stuff when a lot of people didn’t, and it was the best result of the year. It seems okay but there was a chance for more.”