Vettel: It could not have happened at a worse time 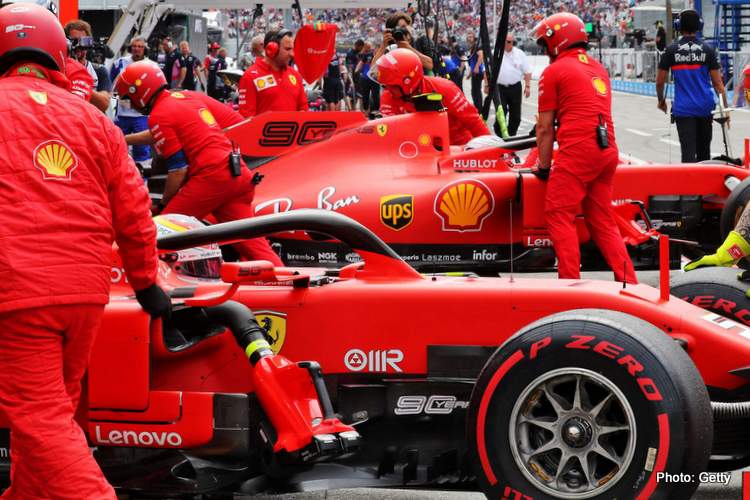 Led by their boss Mattia Binotto, Ferrari were scathing in the review of their own disastrous performance during qualifying for the German Grand Prix, when a shot at a front-row lock-out for the Reds the pair ended with them in 10th and 20th due to technical issues that have seriously compromised their weekend.

Star driver Sebastian Vettel, who was sidelined with which a turbo airflow problem, did not even do a lap in anger as he immediately reported the issue, which could not be rectified during the first stanza of the session.

Afterwards, the German, under pressure in the wake of recent mistakes, could not contain his frustration with the fate Lady Luck dealt them (again!) at Hockenheim, “I was looking forward to having fun, as the car has been really competitive all weekend.

“So what happened is definitely a great shame. I had a good feeling from the car [on Friday] and it was even better [Saturday] morning. We had a chance to start from first place, but now we start from last.

“Of course it is bitterly disappointing, especially that this should happen here at my home race, in front of such a large crowd of fans. It could not have happened at a worse time.

“As for the problem itself, I had no warning that anything was wrong and as I exited the pits, I just lost power.

“But I am still looking forward to the race and I will try my best to make up as many places as possible, in the hope of at least bringing home some points,” added Vettel who, along with his team, has not tasted victory this season as yet.

Teammate Leclerc will start from tenth after a faulty fuel pump control unit prevented him from running in Q3 as Mercedes driver Lewis Hamilton took advantage of the Ferrari calamity to claim the top spot start for the race.