Racing Point: Initial feedback from the drivers is positive 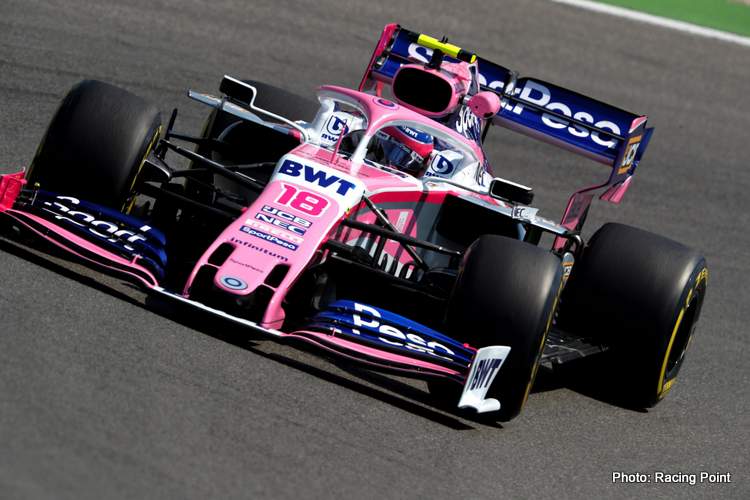 Racing Point report from day one of the German Grand Prix weekend, Round 11 of the 2019 Formula 1 World Championship, at Hockenheim.

“I felt happy with the car. It is early days, but it looks like we have made a step forward with the upgrade. You can see the car looks quite different and it’s encouraging to be in the top ten for both sessions. It’s only Friday, though, and there is lots of work to be done to carry this performance through until Sunday. Track temperatures were very hot, but looking at the forecast we could see a big change for the weekend.”

“A good day, I have to say. I was testing the new package, the same as my teammate. It’s hard to compare with the old parts – especially with such high temperatures today – but it definitely feels like an improvement. The car feels better and I think this direction has more potential.

“We’re still struggling a little bit with the balance, so it was tricky at times and we have some work to do on that tonight – but generally we can be pleased with the level of competitiveness. I’m always careful not to draw conclusions from just one day, so let’s see what happens in qualifying.”

Otmar Szafnauer, Team Principal: “A busy Friday evaluating the new bodywork. We had parts on the car that only arrived this morning and more things coming overnight, and I want to give credit to everybody in the team who has worked hard to fast-track these changes.

“Initial feedback from the drivers is positive and the data backs this up. There is a big question mark over the weather tomorrow with rain showers predicted, which would make for an interesting qualifying hour. Either way, we expect cooler conditions than we’ve seen today.”