Ricciardo: I definitely don’t regret my move to Renault 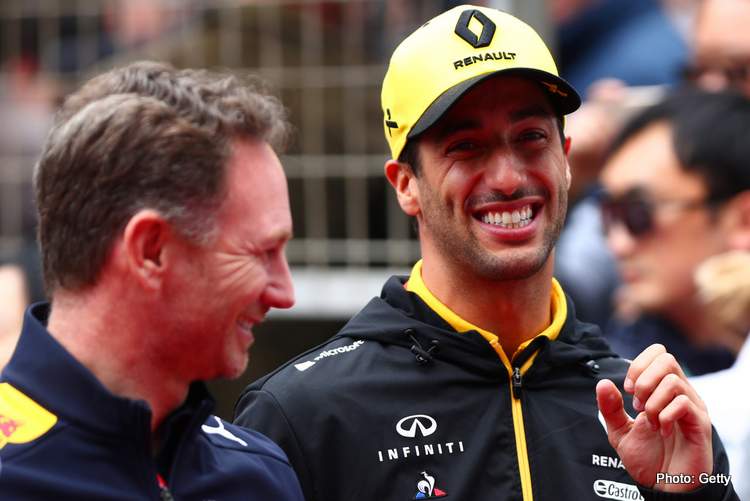 Renault driver Daniel Ricciardo says he has no regrets about leaving Red Bull despite it being a step down from a race-winning team to one with a long-term plan on paper but little less for the talented and highly-rated Aussie to go to war with.

The Australian stunned the F1 world last year by announcing that he is leaving the top energy drink-owned team to join Renault.

“I would not have been better off at Red Bull,” Ricciardo told the Dutch publication Formule 1. “I’m happy with where I am.

“People often say to me ‘Look at Max and where he is’. I’m not saying this against Red Bull, but they are exactly where they have been for the past five years.”

“Last year they had won three races at around this point of the season, now they have just won for the first time. I definitely don’t regret my move to Renault,” insisted Ricciardo.

He admitted his results at Renault are “not yet great”, but added: “I am very happy with the team and what I see here. And most importantly, I’m happy with myself and what I’m trying to build up here with the engineers.”

Big Question: Is Dan better off at Renault rather than Red Bull?