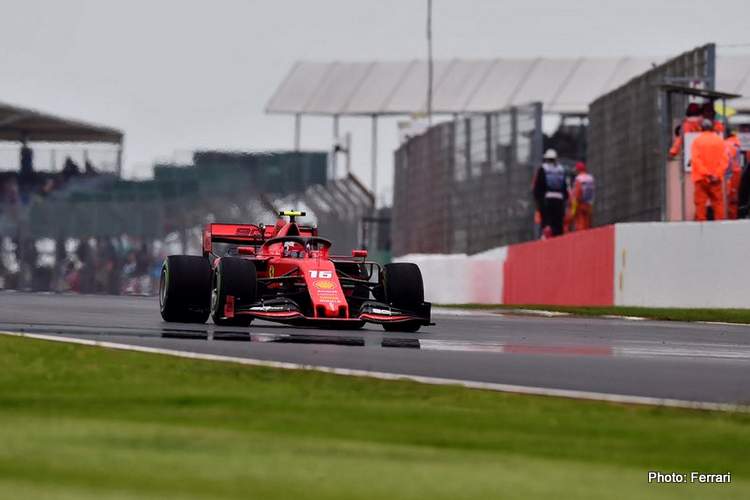 Charles Leclerc ended the third and final free practice session of the British Grand Prix fastest of all as Ferrari showed their hand ahead of qualifying at Silverstone with rain looming.

Leclerc’s best effort of 1:25.905 was good enough for top spot at the end of the one-hour session, with teammate Sebastian Vettel second fastest and Mercedes’ Lewis Hamilton third quickest – the top three separated 0.049 of a second.

Pierre Gasly, in fourth, was once again quicker of the Red Bull duo and three tenths up on Max Verstappen in the sister car, the Frenchman bettering the Dutchman in all three free practice sessions for the first time this season.

Valtteri Bottas struggled to find the sweetspot on the Pirelli softs and was only good for sixth, albeit half a second shy of the top time.

McLaren rookie Lando Norris is lining himself up for a stellar debut on home soil, ending Best of the Rest in seventh, fastest of the Renault brigade with Nico Hulkenberg and Daniel Ricciardo in eighth and ninth respectively.

Alex Albon rounded out the top ten in the Toro Rosso, with Alfa Romeo’s Antonio Giovinazzi 11th and Carlos Sainz in 12th, half a second shy of his teammate in the sister McLaren.

The session was held under skies heaving with rain clouds which did dampen the track early on and could be a factor come qualifying, and a riveting one it should be. 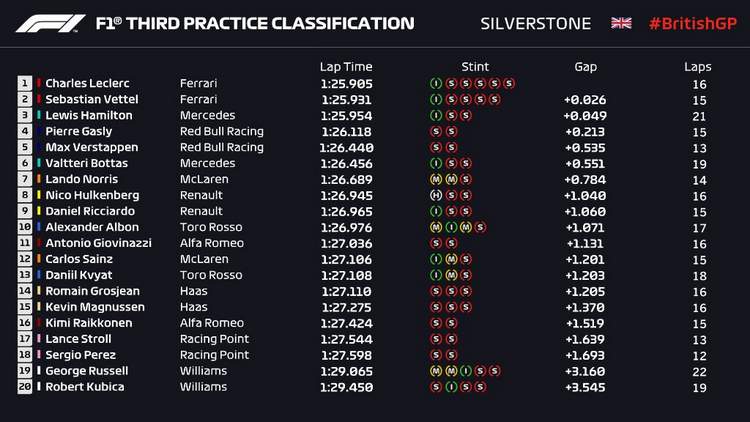