Marko: The goal is to support Gasly as much as possible 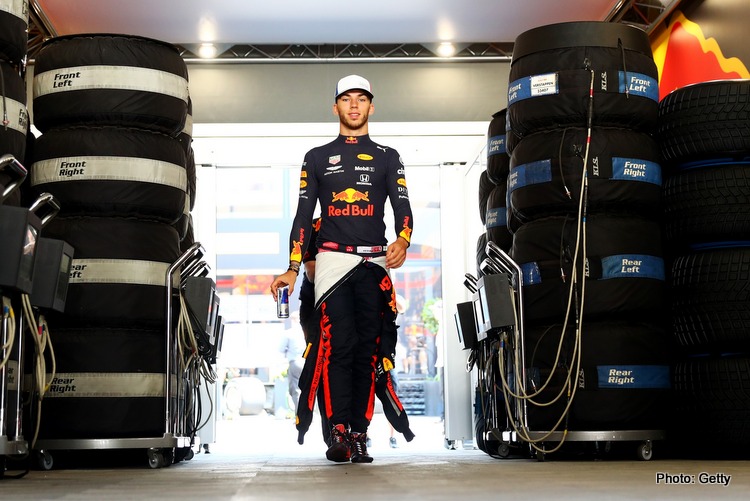 We reported last week that Pierre Gasly has been given until the summer break – three more races – to get his act together or face the axe from Red Bull and, if not a demotion to Toro Rosso, thrust into the scrap heap of failed Formula 1 drivers.

Now, in an interview with Speedweek, team consultant Helmut Marko has elaborated on the trials and tribulations that have haunted Gasly since he was promoted, after a strong season with Toro Rosso, to the Red Bull senior team.

The fact that 23-year-old Gasly is struggling with his ‘new’ team, while his younger teammate – Max Verstappen in the sister car – is simply getting stronger with every race, winning last time out in Austria and lapping the Frenchman in the process.

Speedweek asked Marko if Red Bull have turned into a “one-man team” to which the Austrian replied, “Of course I could deny that because we have almost the same number of points as last year…”

Stats show that after nine races in 2019, Red Bull is on 169 points – 75 percent of these scored by Verstappen, with Gasly contributing the balance. The points score is 43 to 126 in favour of the Dutchman.

After nine races last year, Red Bull had scored 189 points of which 49 percent were bagged by Verstappen, 51 percent by Daniel Ricciardo.

Thus there is nowhere to hide for Gasly, who is also being trounced 1 to 8 in qualifying and it is not 0-9 because Verstappen was caught out by red flags during quali in Canada

Marko ventured, “Gasly is certainly not where he could be, but there is a small apology for Austria. We broke all the front wings in practice, so he did not run the same front wing as Max, but of course, that does not explain the gap. He has not met our expectations so far.”

That gap was 0.8 seconds at Red Bull Ring, one of the shortest road circuits on the calendar, “In terms of pace, in clear air, he is almost there, the problem is his overtaking. [In Austria] he got stuck behind Räikkönen, and even behind Norris. ”

However, Marko insists that the team are focussed on helping Gasly through his troubled spell before wielding the axe, including appointing a new race engineer, with more F1 experience, to work with him.

“The team has to deliver,” acknowledged Marko. “But so does Gasly. He always looks for a problem with the car or the chassis We have investigated this, but there is nothing there.

“The goal is to support him as much as possible. He gets Max’s set-up from the start and he can mess around with it but he does not seriously embrace it, instead, he was experimenting with this and that, jumping from one extreme to the other.”

Gasly did himself no favours from the moment he stepped up to Red Bull for testing last year, as Marko explained, “It went wrong from the start, with the two crashes in Barcelona – already then he was worried.

“Then he delivered a good race in Bahrain but was eliminated by a technical mistake on our part. He did a good race in Monte Carlo. When he drives alone he does good lap times, but the overall package is not there.”

Team boss Christian Horner is on the same page as his colleague, “We know what he can do, I think we have to hit Ctrl+Alt+Del in his head and start over. He’s a fast driver, his problem is that Max delivers every race, which puts great pressure on Pierre.

“We know what Helmut is like, he’s sometimes pretty tough with the drivers but he also helps and cares for them. He knows that Pierre is in a difficult situation and in such a situation we all have to work together to get the most out of him.”

“He has the talent – that’s why he sits in our car! We have no intention of dropping Pierre,” insists Horner.

Fate has it that the man most likely to replace Gasly, should the Frenchman not improve, is Red Bull’s former driver Daniil Kvyat, who was demoted for underperforming in the senior team.

The Russian, axed from the team during the 2017 F1 season, was given an extra lifeline with another stint with Toro Rosso and right now it appears that he is a transformed driver. Another crack with Red Bull is clearly not a pipe dream.

Marko believes in Kvyat’s transformation and explained, “We would not have brought back Daniil back if we did not believe… that would be a loss of face.”

“First, we knew that Kvyat can be very fast, secondly, we knew his problem was in his head. Kvyat is now another Kvyat, with a much more self-confident demeanour, in the races he has been very, very good and has delivered on our expectations.”

Others on the radar, but not in the loop, to replace Gasly include Alex Albon, the Toro Rosso rookie who has impressed but simply lacks experience for a big team promotion and of course Fernando Alonso who according to Marko has “offered himself” to Red Bull but of course this is a “no-go” for engine partner Honda.

For now, none of the Red Bull bosses are denying that Gasly will be axed, with even Marko insisting, “We’re trying to bring Gasly to fruition, that’s our goal.”

In other words: three career-defining races, in less than a month, await Pierre Gasly…

Big Question: Can Red Bull save Pierre’s career or are his days with the team numbered?