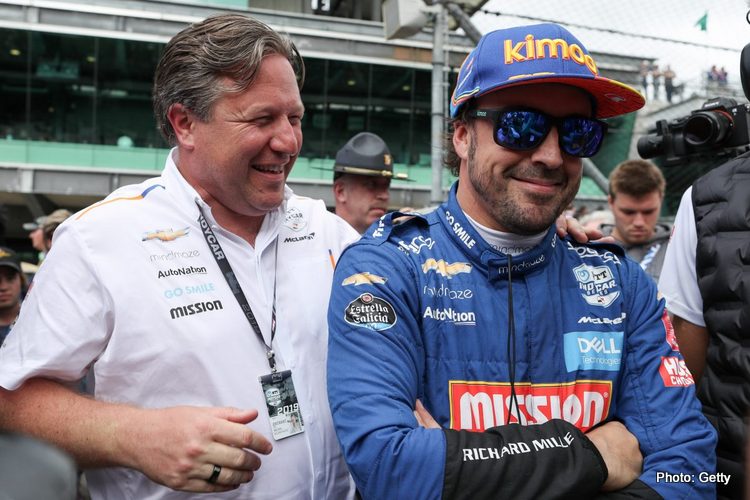 Fernando Alonso and McLaren have denied reports that they have split, with both parties labelling the reports triggered by Associated Press and respected Motorsport magazine last week.

The Spaniard raced with the British team between 2015 and 2018, and remained a McLaren ‘ambassador’ this year after quitting F1.

But McLaren and Alonso’s Indy 500 effort in May was an absolute failure, and a British media report claimed that the two parties have now split altogether.

McLaren supremo Zak Brown told the Associated Press that the report was “fake news” and added, “We definitely still have a strong and contractual relationship with Fernando.”

A McLaren statement added that “nothing whatsoever has changed in the relationship” and “no decision” has been taken about another joint Indy 500 assault, however.

On Twitter, Alonso said the reports of his McLaren split were more suited to “April fools”, and were a mere push for internet “clicks”.

And a source close to the 37-year-old told El Mundo Deportivo newspaper: “Everything remains the same. Nothing has changed.”

However, it is believed Alonso is eyeing a potential return to Formula 1, but only with a top team like Mercedes or Ferrari.

Zak Brown tells me reports that McLaren and Fernando Alonso have split is: “Fake news. We definitely still have a strong and contractual relationship with Fernando.”