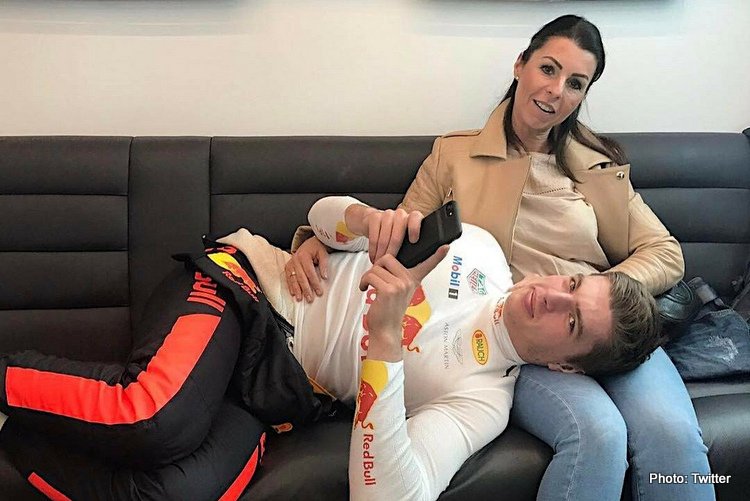 Max Verstappen has played down his rocketing stature as one of Formula 1’s biggest stars, reckoning he is just a normal guy racing in the top flight while shedding light on his first foray into karting as a toddler.

If anyone doubts the impact that 21-year-old Max is having on the sport, just have a look at the Austrian Grand Prix broadcast re-run (and many races before that too) and watch out for the swathes of orange that make up large portions of the grandstands.

Not since the Brazilain flags of Ayrton Senna’s era or the sea of red during the Michael Schumacher epoch has the sport witnessed anything similar. Max’s fans have grown into an army and their growing presence felt at just about every Grand Prix.

Despite this the Dutchman has his feet firmly on the ground, “I don’t consider myself a superstar, I’m just Max, a Formula 1 driver, but also a normal person in real life.

“I don’t think there’s a difference between that. Honestly, I’m not too bothered about the demands on my time. I’m just acting the same as last year or the year before. People maybe see it in a different way because you become more famous.”

Last Sunday’s victory in Austria was high-calibre stuff, going toe-to-toe with the best and coming out on top, injecting much needed ‘adrenalin’ into the sport that suffered in the wake of a dreary French Grand Prix.

In the aftermath of that sensational win at Red Bull Ring, more intimate information regarding his meteoric career has emerged in a report on F1.com.

A new revelation is that his parents – Jos Verstappen and Sophie Kumpen – both handy race drivers in their own right did not force young Max into the sport, rather the kid insisted!

“My parents never pushed me to drive,” Max revealed. “It was all me. I saw a kid driving who was three years old, a year younger than me, so I asked again but my dad said no. He said: I want you to wait until you’re six. So then I kept crying and pushing and asking my mum for a go-kart and then finally my mum told my dad: I think we should buy him one.”

“I remember the day. As soon as I woke up, I got my helmet on and sat there waiting for my dad to fetch the kart. I was so keen to drive. The kart was a bit slow. The whole track was flat out, so after that day, we swapped it for another one!”

It also emerged that at the age of 15 he was already on Red Bull’s radar, with team consultant Helmut Marko offering his handlers a deal for the teenager to make his debut with Toro Rosso a couple of years later.

Asked how he reacted to the courtship, Verstappen said, “I wasn’t too bothered about it. I just let my manager and dad take care of it. I had to make sure I was fast on track. When I signed the deal to go to F1, my Dad asked me: Are you sure?

“And I was. Sometimes it can be too early, but it has always been like that in my career. I was always the youngest at whatever I was doing.”

Now 21, Verstappen finds himself leading the Red Bull team, as he makes mincemeat of teammate Pierre Gasly, taking charge of the team’s technical input – a situation he relishes.

“I’m happy about it because I can feel what is good for the car or not. It’s been like that since karting. I didn’t like so much building up my go-karts.

“I was always involved, trying to understand what my Dad was doing, but I was never into the engine tuning – my Dad is really into it, he really loved it. But I was good on the set-up side of things,” added Verstappen.