Toro Rosso: We did not perform well today 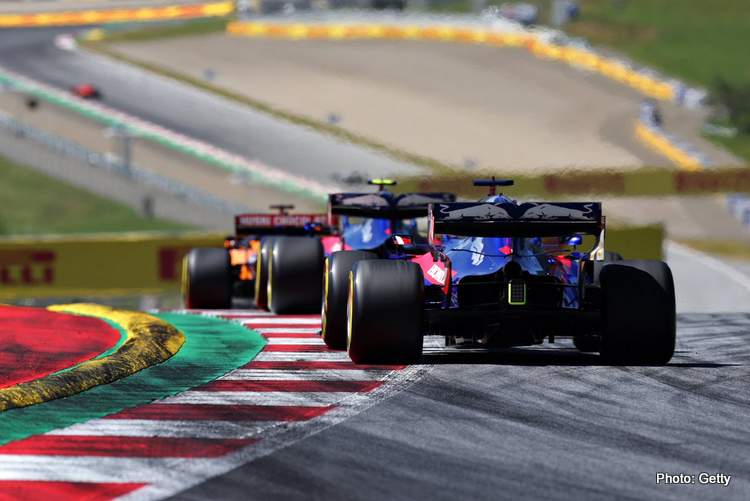 Toro Rosso report from the Austrian Grand Prix, Round 9 of the 2019 Formula 1 World Championship, at Red Bull Ring in Spielberg.

“Unfortunately, we didn’t have the pace today, it was a tough first stint where we weren’t quick enough. We weren’t too bad in the second half of the race, but we lost too much time in the first stint. It’s a difficult one to swallow because our long runs were looking quite good on Friday, and that’s two races in a row where we’ve struggled with the balance of the car, so we need to figure out where we can improve.”

“It wasn’t exactly the most enjoyable race of my life, although we saw it coming yesterday after Qualifying. I was carrying more downforce today, so I was a sitting duck in the race. It just wasn’t our day today, it was one of those weekends where we were far away from everything.

“We know we’re better than this, so we need to reset and move forward. We will put these two races behind us and try to extract everything out of the car in the next few races.”

Jody Egginton, Technical Director: “Qualifying out of position made today’s race very difficult. The drivers pushed as hard as possible early on whilst also having to manage brakes and PU temperatures, which slowed down any progress.

“Once traffic was cleared, Alex was able to run some reasonable lap times and closed in on the pack ahead, but ultimately, there was some time lost either side of the pitstop which limited the progress we could have had. Once Dany got free of traffic, he still had to manage his tyres due to some rear brake duct damage and therefore, he wasn’t able to make any progress.

“Today definitely wasn’t one of our best days and we have a lot of analysis to do ahead of the next race to improve on the weaknesses shown here. We will be focused on this, aiming to come back stronger in the next event.”

Franz Tost, Team Principal: “First, I’d like to congratulate Honda, Red Bull Racing and a great Max Verstappen for this fantastic victory here at the Red Bull Ring. They have done a terrific job in Sakura to achieve this result and the team did an amazing job. As for Toro Rosso, there is not much to say. We did not perform well today.”