Austria FP1: Hamilton a tenth up on Vettel 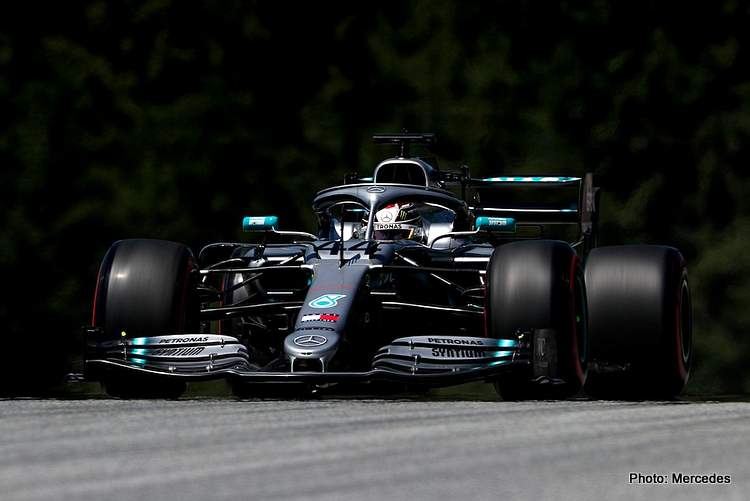 Lewis Hamilton topped the timing screens at the end of the first free practice session of the Austrian Grand Prix weekend, Round 9 of the 2019 Formula 1 World Championship, at Red Bull Ring in Spielberg.

The Mercedes driver’s best effort of 1:04.838 was a tenth and a bit up on the Ferrari of Sebastian Vettel is second around the shortest track on the Formula 1 calendar.

Third was Valtteri Bottas in the second Mercedes, 0.161 down on his teammate but the Finn was one of the busiest of all in the morning session with 35 laps covered.

Three-tenths down on the benchmark time was three tenths adrift the top timer in fourth ahead of the Red Bull duo of Max Verstappen, a tenth shy of the Ferrari driver, and Pierre Gasly a further back a the big three teams rounded out the top six.

McLaren’s form continues in Spielberg as Carlos Sainz ended Best of the Rest in seventh, six tenths off the top time on the short track and almost four tenths up on Daniel Ricciardo in the Renault.

It was a session of high attrition with Nico Hulkenberg losing a wing on the vicious sausage kerbs four minutes from the end which prompted a red flag.

Kevin Magnussen was ninth in the Haas finding a quarter second his teammate Romain Grosjean could not, the Frenchman ending 11th

Lando Norris split the black & gold cars in his McLaren in tenth, half a second shy of Sainz in the sister car.

From bad to wurst over the kerbs for Hulkenberg 😬

He leaves the left half of his front wing on track #AustrianGP 🇦🇹 #F1 pic.twitter.com/Ar5KrubtD9 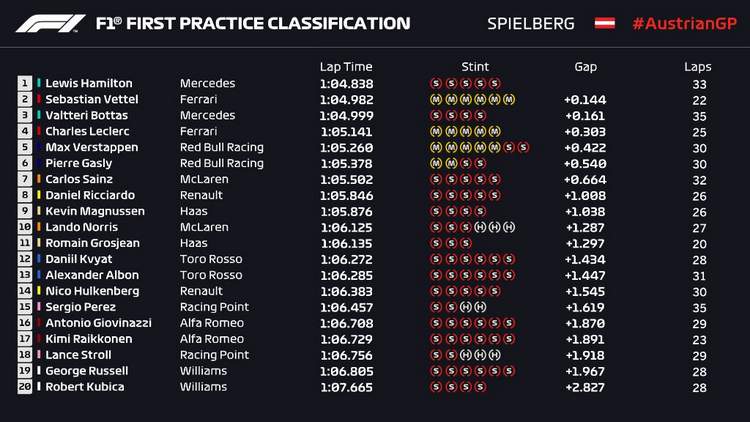 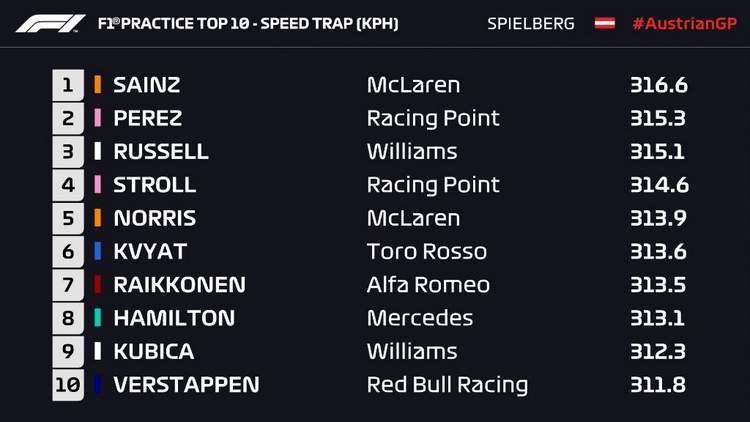