Vettel: Ultimately it’s not the sport that I fell in love with 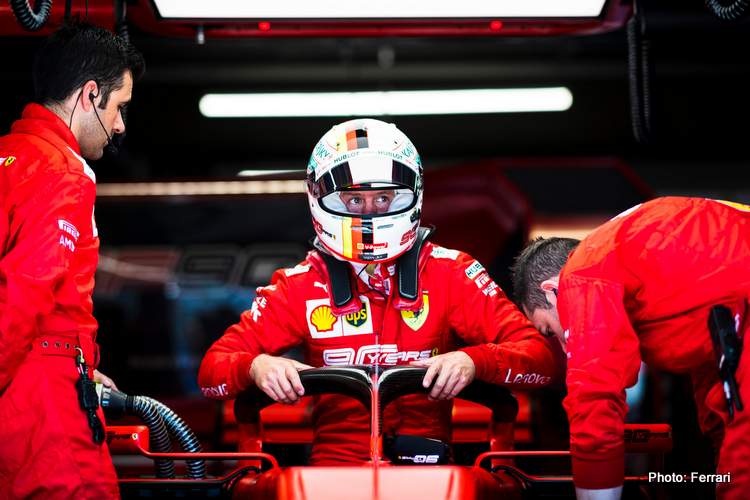 Anyone who has ever had a rush of blood to the head can relate with Sebastian Vettel in the wake of his error and subsequent histrionics after the Canadian Grand Prix – it happens when anger management goes out the window.

But at the same time, it is worth noting, as this post does, exactly what Vettel said after he had cooled down as he sat in the top three press conference and put his heart out there, revealing the driver that has endeared himself to Formula 1 fans.

Invariably tantrums are followed by contrition which invariably points to the core of the problem and the real cause of the meltdown.

After his post-race antics ended – including a radio rant, parking in the wrong place, inexplicably pushing his car and then storming through the paddock before finally being coaxed to the podium – the German cooled down and proceeded to reveal what really is bugging the sport’s four-time F1 World Champion and star driver of the sport’s most famous team.

“I was just thinking that I really love my racing. I’m a purist, I love going back and looking at the old times, the old cars, the old drivers. It’s an honour when you have the chance to meet them and talk to them; they’re heroes in a way.”

“So I really love that but I just wish I was maybe as good, doing what I do, but being in their time rather than today. I think it’s not just about that decision today, there’s other decisions. Just hear the wording when people come on the radio, that we have now.”

“We have an official language, I think it’s all wrong. I think we should be able to say what we think but we’re not so in this regard I disagree with where the sport is now. You have all this wording ‘I gained an advantage, I didn’t gain an advantage, I avoided a collision’. I just think it’s wrong, you know, it’s not really what we’re doing in the car.”

“It’s racing, it’s common sense. If there’s a hazard on track, obviously you slow down because it’s quite unnatural to keep the pedal to the floor and run into the car and then say: ah, it’s wrong that the car was there.”

“I think Lewis… obviously, as I said, I rejoined the track and then Lewis obviously had to react. I don’t know how close it was or close he was. Once I looked in the mirror he was sort of there but for me, that’s racing.”

“I think a lot of the people that I just mentioned earlier, the old F1 drivers and people in the grandstands and so on, would agree that this is just part of racing but nowadays it’s just… I don’t like it, we all sound a bit like lawyers and using the official language. I think it just gives no edge to people and no edge to the sport.”

“Ultimately it’s not the sport that I fell in love with when I was watching. Obviously, it hurts me today because it impacts on my race result but I think this more of a bigger criteria. Tomorrow, when I wake up, I won’t be disappointed.”

“I think Lewis and myself we share great respect and I think we’ve achieved so much in the sport, I think we’re both very very blessed to be in that position so one win up, one win down, I don’t think it’s a game-changer if you’ve been around for such a long time, but as I said, I’m not happy about all this complaining and stuff that we see so many times.”

This site asked the question last month: Will Vettel retire F1 at the end of the year?

On Sunday, similarly, he was asked if decisions made on Sunday during the race made him question his future in the sport, to which he responded, “Well, I don’t know. Not ready, what time is it now? I’m not ready for this kind of question.”

“I don’t know, I just feel that nowadays we look at so many things that maybe we didn’t look at in the past because nobody was really making a fuss. Now, obviously, it’s worth making a fuss for everything because you have these decisions.”

“I sympathise in a way with the stewards. I’ve said many times when I’ve been in there that they are sitting in front of a piece of paper and they’re watching the race and they also came back to me and say we agree but look, we have to do these kind of things so I think just the way we are doing these things now is just wrong but it’s our times, we have regulations for everything.”

“We need to have this jacket when… I don’t know, it’s clear there’s a hole when walking down a pedestrian walk and there is a hole in the street because they’re doing construction work and there needs to be a be guy who guides to the other side of the road, otherwise it’s the construction company’s fault that you fell into the hole and broke a leg.”

“But I think you’re just an idiot if you walk into that hole and break your leg but that’s a little bit how my theory is nowadays. The approaches are drifting apart,” added Vettel who has not won a grand prix since he triumphed in Belgium last year.

Big Question: Will Seb walk at the end of the year?