Will Vettel retire from F1 at the end of the year? 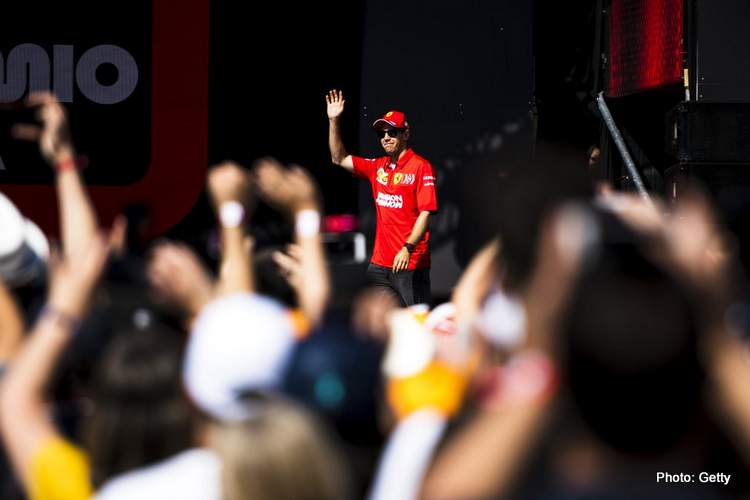 Four-time Formula 1 World Champion and Ferrari driver Sebastian Vettel is set to retire at the end of this year according to a rumour reported on by respected Formula 1 journo Joe Saward.

In the latest edition of his Business of Motorsport Newsletter, Saward wrote: “The most shocking rumour that started to spread in the paddock in Monaco is that Sebastian Vettel is considering retiring from F1 at the end of the season at the age of 31.”

“After winning four world championships with Red Bull between 2010 and 2013 he tried to bring Ferrari back to success, but he made several mistakes and is now under pressure after the arrival of Charles Leclerc, younger and apparently with more growth margin than German.”

“A choice that in some ways would follow that of Nico Rosberg, who left F1 after winning the title in 2016 aware of the fact that he would hardly succeed in the enterprise again. The big question, of course, is who would be Vettel’s successor.”

“The names that have been circulating, for now, are those of Sergio Perez, Kevin Magnussen, Romain Grosjean and Valtteri Bottas.”

The report, whether true or not, is sure to shake up the driver market and kick start a flurry of Silly Season speculation and while the drivers mentioned by Saward are probably candidates, one would expect Ferrari to make a serious bid for Lewis Hamilton.

Meanwhile, if the rumour has substance it would be fair to believe that Vettel has become disenchanted with F1 and is no fan of this era’s F1 turbo hybrid cars. Furthermore, the pressure of driving for Ferrari, making headline-grabbing mistakes and not delivering on the huge expectations could also be taking a toll on the German.

At the same time, he still has at least half a dozen good years in him, quitting now would be premature but at the same time he has achieved a great deal in the top flight and his legacy will be etched in history forever thanks to his four F1 titles.

Some F1 champions – Niki Lauda and Alain Prost spring to mind – have taken a sabbatical from the sport only to return stronger and wiser, going on to great success in the second chapter of their careers.

Big Question: Will Seb quit F1 at the end of this season?