Hamilton: I don’t know what they are booing at 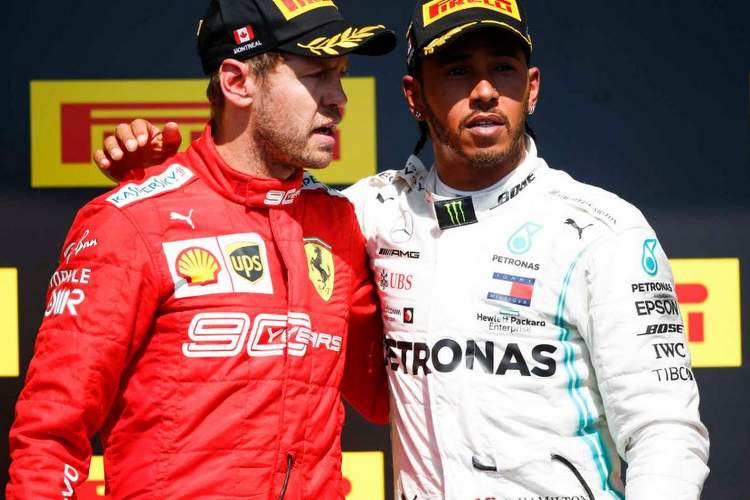 Lewis Hamilton was somewhat bewildered as his Canadian Grand prix victory celebration was marred by boos from disgruntled Formula 1 fans at the track who lamented Ferrari’s loss at Circuit Gilles Villeneuve.

As the boos broke out Hamilton told MC Martin Brundle, “All I can say is, I didn’t make the decision. I don’t know what they are booing at. Maybe it’s the decision…”

Indeed it was the decision! The fans were not happy with what the FIA stewards had decided and they were trackside with arguably fewer replay options than the millions of viewers around the world who quickly lit up social media including the likes of Mario Andretti condemning the decision.

Even Hamilton acknowledged the hollowness of his victory, “Naturally, absolutely it’s not the way I wanted to win. I was pushing to the end to try and get past. I forced him into an error, he went wide, I had the run on that corner and we nearly collided. It’s unfortunate, but this is motor racing.”

With around 20 laps to go, Vettel made an error when under pressure from Hamilton which resulted in a trip across the grass by the Ferrari and subsequent return to the track, impeding the #44 Merc, which drew the attention of the FIA stewards.

Hamilton reported over the team radio: “He’s just come back on the track so dangerously.”

Not long after the FIA stewards agreed and controversially slapped the Ferrari driver with a five-second penalty which, in turn, effectively ended the race as a contest just when it was starting to get really interesting.

Hamilton gave his version of the decisive incident and subsequent penalty, “I took the corner normally. When you come back on track, you’re not supposed to go straight back on the racing line, you’re supposed to come back safely. I assume that’s why…”

What cannot be denied is that Hamilton drove an impeccable race, relentlessly pressurising Vettel to the point that an error was forced, which in the end proved mighty costly to Ferrari’s resurgence in Montreal.

Asked if he had the firepower to take on Vettel at the end, had the penalty not been invoked, the Briton replied, “Not towards the end I don’t think. I think we were all struggling with brake temps towards the end.”

“The tyres were good at that point where he made the mistake, so I was as close as I was ever going to be. I got that block and then the gap opened up. It’s very hard to follow here. It’s such a great track, and if it wasn’t for the fans, it wouldn’t be as great as it is.”

Again the reigning F1 World Champion has ended on the top step of the podium at a race he was not supposed to win, and the reality is that he is now 62 points ahead of Vettel while he simply obliterated teammate Valtteri Bottas this weekend.

As is his style, the Briton was quick to point to his team as he bagged his 78th Grand Prix victory, “Thank you to my team, I wouldn’t be standing here without them. It was an incredible effort. We had a problem this morning with the engine, with my crash on Friday. If they hadn’t been so diligent, I wouldn’t have been able to race today as I have.”

I think the function of the stewards is to penalize flagrantly unsafe moves not honest mistakes as result of hard racing. What happened at #CanadaGp is not acceptable at this level of our great sport. @F1