Hamilton: It was an innocent mistake 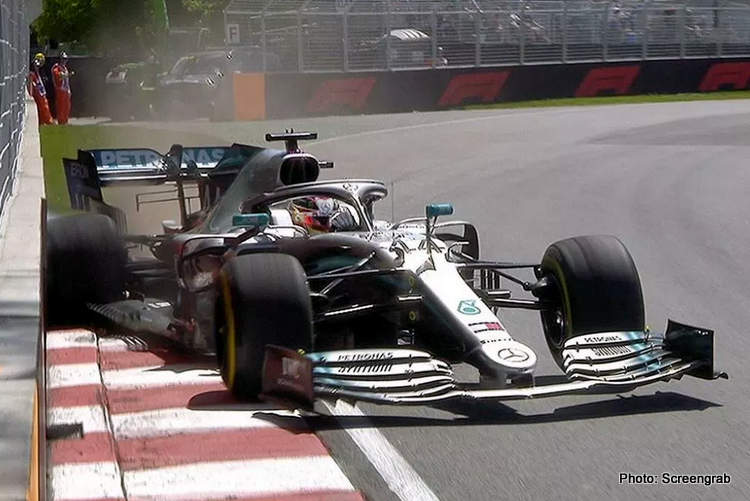 Lewis Hamilton has seldom had to sit out a session during a grand prix weekend, but on Friday early in FP2 he slammed the wall with his Mercedes which left him watching rather than driving in the afternoon practice in Montreal.

It was a rare error by Hamilton which did damage the rear right of the car, enough so that his team thought it better to change the rear-end which cut short the 90-minute session for him.

Hamilton said afterwards, “I don’t remember the last time I missed a whole session before. It’s definitely not great to watch the session from the garage; it feels like sitting in the headmaster’s office, wishing to be back in class.”

“It was an innocent mistake, I was doing multiple laps on the Medium tyre and was really trying to find the limit. Obviously, I went slightly over, I had a big snap out of Turn 9 and was drifting for a long time, hoping I wouldn’t hit the wall.”

“But these things happen; you just have to put it behind straight away you and get back on the horse. Luckily Valtteri had a good session today, so there’ll be a lot of analysis from that. The boys will do a great job fixing the car and we’ll come back ready for a better day.”

Earlier in the day Hamilton started the weekend by topping the timing screens at the end of FP1, but with running limited to eight laps he ended sixth fastest in FP2, three-quarters of a second shy of the top time.