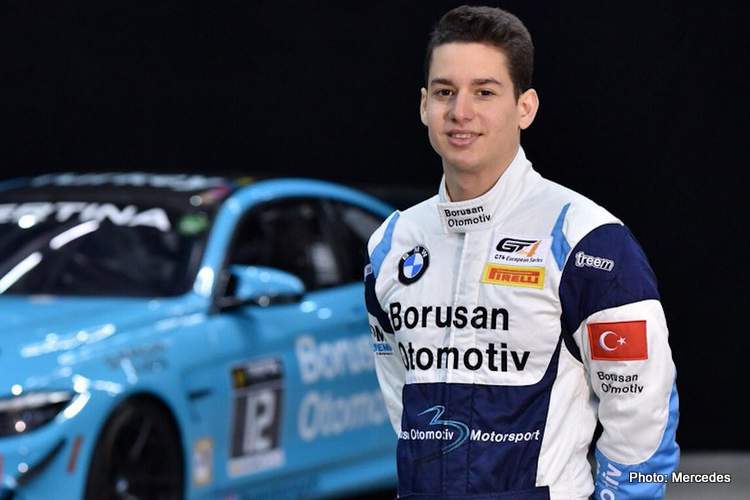 Second in class, that’s how Toro Rosso Esports driver Cem Bolukbasi ended his first ever stint in real life track racing in May, after making an appearance in the 2019 European GT4 Series at Circuit Paul Ricard in June.

The F1 Esports revolution is in full swing. Reigning champion Brendon Leigh recently cut his teeth in Formula Ford. And prior to that, he and Enzo Bonito faced off at the Race of Champions in Mexico, with the latter beating two established motorsport champions. Now, it’s Cem Bolukbasi’s turn…

Circuit Paul Ricard played host to the third round of the 2019 GT4 European Season on June 1-2, and Toro Rosso Esports racer Cem Bolukbasi was invited to take part. Racing a BMW M4 GT4, the sim racer, born in Turkey, got his very first taste of on-track action.

“I’ve been dreaming of racing in real life for a very long time, and I’m very grateful for this opportunity. These things don’t happen often, so my biggest goal was to prove that it’s possible to go from sim racing to real racing.”

And prove that he did, with a blinding performance in Pro-Am qualifying that saw him outpace several cars in higher classes.

It’s therefore pretty amazing that he outpaced several cars in higher categories during qualifying. Of the 41-strong grid, the Toro Rosso Esports racer finished an incredible tenth overall, and third amongst the Pro-Am class. Not to mention that he had just a handful of laps under his belt before the qualifying attempt…

“Obviously I was excited, and I really wanted to do my absolute best. I didn’t have many expectations – my first goal was just to enjoy this once in a lifetime opportunity,”

“It definitely went better than I expected, I only drove the car for the first time three days before the race, so getting tenth overall and third in Pro-Am class in qualifying made me quite happy!”

The race weekend is split into two races, with the Pro driver beginning things for Pro-Am teams in the first race. Unfortunately, an on-track incident prevented the Esports racer from taking the wheel in the first race, but he definitely made up for it in the second race, where he was first behind the wheel.

“In Sunday’s race I ended my stint second in class and P8 overall, so this gave me huge motivation to push more and more.

“The Borusan Otomotiv Team behind me helped me so much with my learning process. Behind the scenes they made the car setup perfect for the weekend. There’s a lot to learn of course, I’m looking forward to doing more races in the future!”

Bolukbasi had previously been approached with a view to racing in the series, but a deal only materialised at the last minute, leading to a quick turnaround.

“At the end of 2018 I was first approached about the possibility of racing in GT4 European series, but unfortunately I couldn’t get a budget together. Then, about a week before this race, I received the call and they told me there was a seat available for the race… when they asked me if I was interested, I of course said I would do it in a split second!”

The suddenness of the call meant that intense training was required to get up to speed in time for the weekend. Happily, last year’s F1 Esports Series had already played a part!

“I had 1 week of preparation before going to France, going to the gym a lot and doing many, many laps on the sim.

“Luckily I knew the track well from the F1 2018, the official F1 game from Codemasters, because I practiced the track a lot for the F1 Esports Series 2018.

“But I also did some laps on a sim in a GT4 car because of the different characteristics to F1. I was quite surprised when I did my first ever lap on real track – it’s hard to believe how close these sims are nowadays to the real world!

Check out the Second race of the weekend in full below.

Bolukbasi will return to F1 Esports racing action when the Pro Series gets underway in September, having been retained by Toro Rosso Esports for 2019 alongside Patrik Holzmann. They will gain at least one more teammate at the Pro Draft in July, too.