Brown: With Seidl and Key, I’ve got what I want 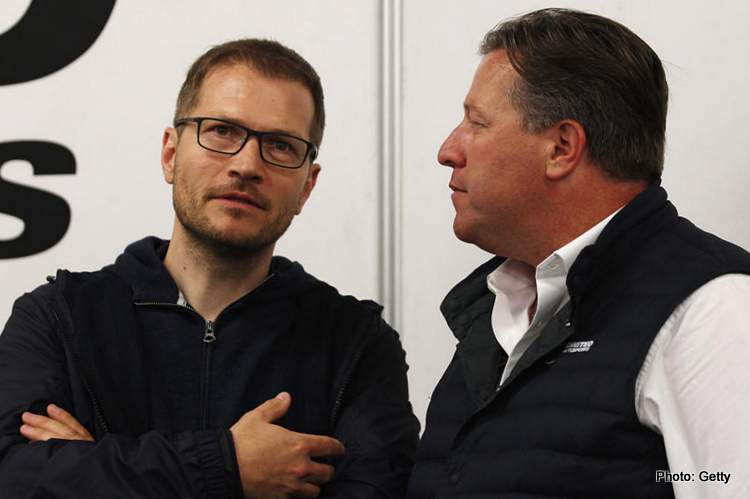 McLaren chief Zak Brown is confident that newly appointed team principal Andreas Seidl has the experience and credentials to lead the once might team back to the top of the Formula 1 pecking order.

Brown told his PR network, “I think we now have total clarity on the team and the leadership with Andreas. He is very clear in his direction and, as you know from where we have been, where maybe there have been too many chefs in the kitchen so to speak, now we have got one.”

“So everything now I see, I like. We have a great working relationship. I am excited for the future. What Andreas ends up doing with the racing team is up to Andreas, and he has my full support.”

“From my leadership standpoint, I’m done. I’ve got what I want and am very pleased with. I landed everyone I wanted to land, I don’t feel like I got second-best in any of the areas.”

“I’ve known Andreas for some time, he is a racer and he is technical, he is focused and he is dedicated,” added Brown of the former Porsche boss, as if anyone at that level of the sport is not a “racer”…

Seidl, 43, is highly rated with an impressive CV that includes time at the helm of Porsche’s WEC programme and also spearheaded BMW’s successful return to DTM.

Now, in the top flight with a great team, Seidl’s mandate is to make McLaren an F1 force again as Brown explained, “It’s his racing team to run. He’s a consultative team member type of individual. He’s got free rein to do what he wants. He’s got 100 percent of my support in that.

“But he is the type of individual who is going to consult and brainstorm and work with his team, not just do things and find out about it the next morning.”

“It’s always been the plan to bring in dedicated, exclusively-focused leadership on the Formula 1 racing team. We need someone waking up every day and making sure the car goes as fast as possible.”

“My job is a much broader remit to run the business, grow the business, so nothing really changes for me. I’m just happy that between Andreas, James Key, the promotions we’ve made, the other people we’ve brought in, that I now feel from a personnel standpoint we’ve got our team in place.”

“I’m sure Andreas, once he gets stuck into it, will make his mark if you like. I’m really pleased with the team we have on the field,” added Brown.

McLaren have not won a race since 2012 when Jenson Button triumphed for the team at the 2012 Brazilian Grand Prix, now a distant memory as the past seven years have been painful for the sport’s second most successful team.

Big Question: Has Zak picked the right team to take McLaren back to the top?