Seidl: A lot of changes Zak made last year are paying off 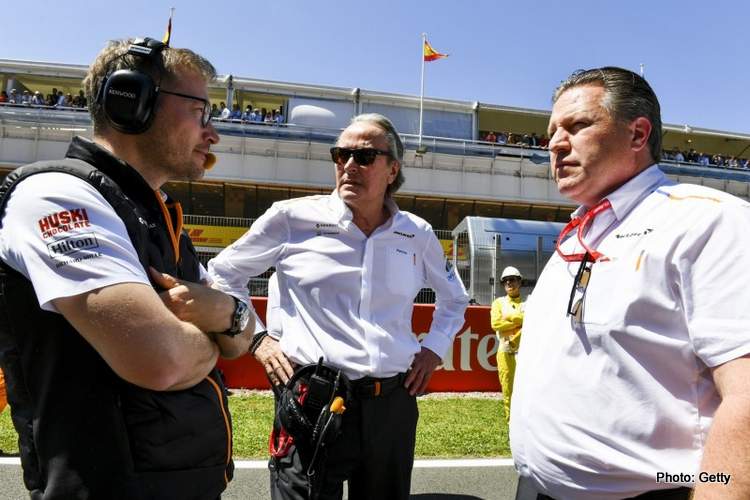 Andreas Seidl is McLaren’s first de facto team principal since Martin Whitmarsh filled the position at Woking, now into his role the highly rated German believes that changes made to the team by CEO Zak Brown are starting to pay dividends.

Brown has done well to lure the likes of Seidl and James Key to the team, giving them a certain autonomy but insisting that ultimately the buck stops with the American who last year outlined his five-year plan for the revival of the once mighty squad.

Speaking to Sky F1 during the Spanish Grand Prix weekend, his first in charge, Seidl said, “The positive thing is that there is a lot of positive momentum and I think a lot of the changes Zak made last year are paying off already.”

“Now it’s down to me, together with the team, to keep going in that direction and, step by step, getting closer to the top guys.”

“Of course my personal ambitions are high but the case is the same for every single member of the team. At the same time, we need to be realistic. There is some hard work ahead of us at McLaren.”

Indeed there is as the sport’s second most successful team is going through a rough patch, the worst in their illustrious history amid many changes within the organisation over the past few years. The Ron Dennis era is done and dusted.

Seidl’s reality is that McLaren are on the wrong end of the pecking order at this stage of their revival and he is well aware of the challenges ahead. Nevertheless, he believes his team is well placed to benefit from the F1 new regulations which kick in in 2021.

He is optimistic of what lies ahead, “I think it’s important that changes are coming. I think the discussions we are having with Formula 1 and the FIA are very good.

“Of course there will be challenges ahead looking towards the new regulations in 2021, I think it’s a great opportunity to close this gap to the front.”

Brown also explained, “It’s going to be a journey. In the short term, we are battling some teams with some very large budgets and we know all of the problems in F1 today that I think are going to be fixed from 2021 onwards.”

“I think as that Formula 1 moves into its next phase, I think that plays to McLaren’s strengths so we needed to start the rebuilding the process,” he added.

Big Question: Is Zak leading McLaren up the right path?