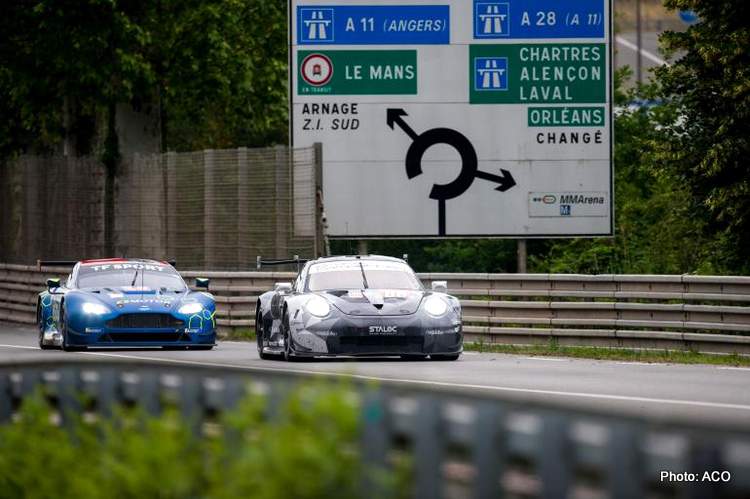 Starting at 09:00 and set to end at 18:00, plenty of track action is expected on the day as competitors flex their muscles in preparation for the big race in two weeks’ time.

All drivers, but especially Le Mans rookies, will welcome the chance to get used to the foibles of the demanding circuit, which ­­– being part public roads – is only open for official preliminary sessions and the race itself. Trackside, teams use the day to perfect their pit stop procedures and practice driver switches.

The weather forecast is favourable – dry, with a high of 30°C in the afternoon – ideal for testing tyres. Rookies, drivers who have not run the race in the past five years and bronze-graded drivers are required to complete at least ten laps during Test Day, five of which must be officially timed. This is the first opportunity for observers and teams to compare form in the run-up to the race.

What is Test Day exactly?

Test Day traditionally takes place two weeks before the 24 Hours of Le Mans and provides a first look at all the cars on the track. It is immensely beneficial to teams and drivers, and a day they definitely don’t want to miss. Here’s why.

The 24 Hours of Le Mans circuit is extremely unique in that it uses both permanent tracks and borrowed stretches of road typically open to regular traffic. The famous Mulsanne Straight, for example, is the roadway one takes to the city of Tours. Before 1990, the two chicanes currently in place did not exist and therefore the straight was of an unrivalled length. Engines went full bore for more than 4 km!

The unique features found nowhere else in the world compelled the organisers of the 24 Hours of Le Mans to host a testing day ahead of race week. Initially called preliminary free practice then pre-qualifying, for a long while the day was scheduled in May.

That proved tremendously inconvenient for non-European teams, forcing them to make not one but two transoceanic trips to participate in the testing day in May and the 24 Hours of Le Mans in June.

Now Test Day takes place on the Sunday two weeks before the big race, so all the teams arrive and settle in for a three-week stay. Test Day allows teams and drivers to set their marks at the 13.626 km circuit, and rookies must also demonstrate their abilities by doing a minimum of 10 laps, five of which are timed.