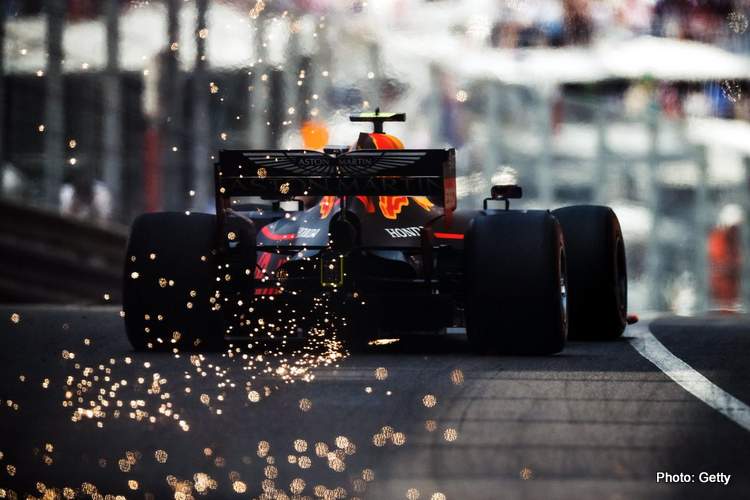 If staying in Formula 1 beyond the disaster of their partnership with McLaren was to prove a point, then Honda is firmly set in the right direction after a very positive weekend for Red Bull and Toro Rosso at the Monaco Grand Prix.

The partnership between McLaren and Honda that kicked off in 2015 turned into a very public messy marriage followed by an even messier divorce, is a well-told tale.

Worth recalling is, at that point, Honda seriously considered two options: pulling the plug on their F1 programme or saving face. They thankfully opted for the latter with a (seemingly predestined) tie-up with Toro Rosso last year, preceding the current full partnership with Red Bull’s two teams.

The decision to remain is starting to pay dividends as the Japanese manufacturer were able to brag about having four cars in the top eight after a tough day on the streets of Monte-Carlo. A day earlier all four of the cars made it through to Q3 for the first time this season.

Max Verstappen finished second on the road but was demoted to fourth, while Red Bull teammate Pierre Gasly brought it home in fifth ahead of Toro Rosso duo Daniil Kvyat and Alex Albon in seventh and eighth respectively.

Who would have put money on that happening last year this time?

Speaking to Speedweek after the race in Monte-Carlo, Honda racing director Masashi Yamamoto points to lessons learned during their fractious with their former partners, “What we went through with McLaren was a precious lesson and we learned a lot from it and has brought us to where we are today.

“We learned that the most important thing is to work together as a team. And continuing to celebrate small victories as steps forward.”

Honda have been the unsung heroes of the season thus far and although they are still several tenths shy of the fully-blown Mercedes, the Japanese power unit package is now reliable and increasingly fast.

So much so that they have taken a step ahead of Renault in the PU pecking order and when combined with the RB15 chassis they have a car with podiums in it.

Honda’s development was always the ace in the pack for Red Bull, resources in Sakura are immense for this project which is backed by a relentless commitment from both parties.

After the weekend in Monaco, Toyoharu Tanabe indicated that updates will keep rolling out of the factory, “Now, we take a break from Europe and head to Montreal. The track there is very different to this one, so we will be working hard on our PU development before going to Canada.”

Meanwhile, Yamamoto has reason to be optimistic but remains realistic, “It will be tough to catch Mercedes, but, if we stay on this path, one day we will be able to fight them. We will continue to work in that direction.”

Honda have an illustrious history in Formula 1 as an engine builder with 72 Grand Prix victories as well as the power behind six F1 constructors’ world titles and five drivers’ championships.

These are relatively lean years, But Yamamoto sees the bigger picture, “Motorsport is all about winning and losing, in that sense it is probably 50 percent pressure and 50 percent fun. We need to make progress with Honda according to our plan. F1 is the best stage to tackle this challenge.”