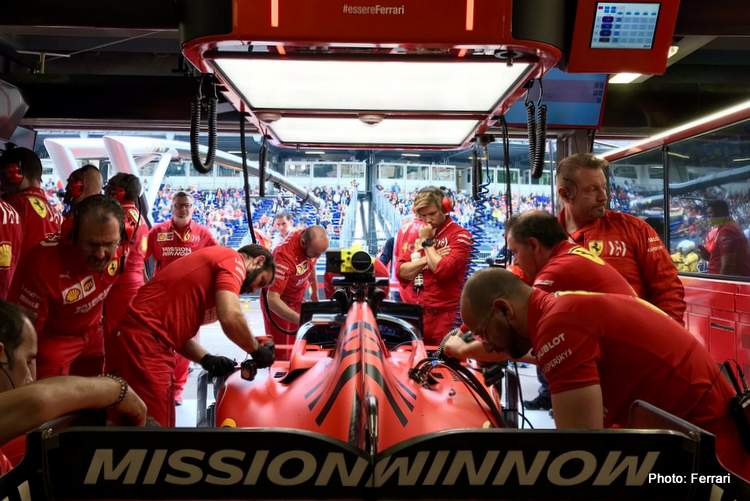 Mission Winnow branding will not be present on Ferrari cars or clothing for the Canadian and French Grands Prix, replacing the controversial sponsorship with the team’s 90-Year logo which they used in Australia.

At the time of the season opener, anti-tobacco organisations accused Philip Morris using Mission Winnow as a means to promote tobacco and was actually a way to promote their tobaaco products including Marlboro who have sponsored the Italian team since the mid-eighties.

Possibly to avoid bad press and protests in two countries where the logo’s presence would be challenged, Ferrari announced: “Scuderia Ferrari will once again be celebrating the 90th anniversary of its foundation, over the weekends of the Canadian and French Grands Prix.”

“Therefore, as was already the case in Australia, the SF90s in Montreal and Le Castellet will carry the logo celebrating the anniversary, as will the drivers and mechanics overalls. Mission Winnow remains the title partner for Scuderia Ferrari in 2019.”