Hamilton: Niki brought Mercedes to me 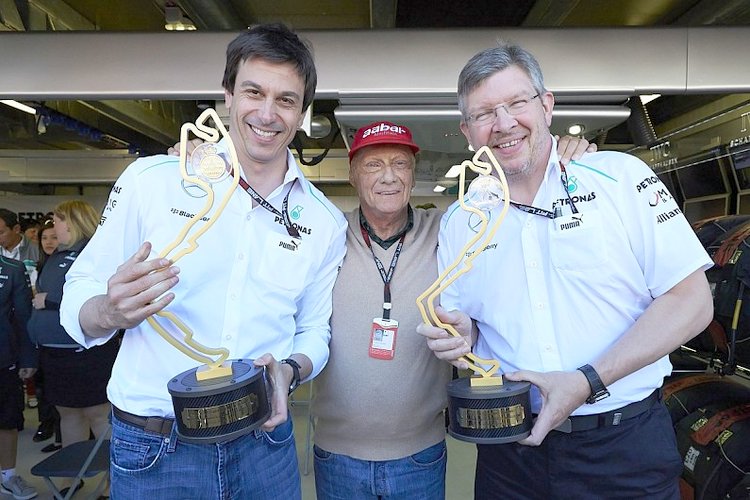 Lewis Hamilton has clarified the role played by Niki Lauda in luring him to Mercedes in 2013, a tale often downplayed by the Briton prior to the death of the Formula 1 icon last week.

At the time, many questioned Hamilton’s decision to depart McLaren, the team that had groomed him from his karting days and went on to help him to his first F1 world title. But he took the risk and the rest is history.

At the time Michael Schumacher was driving for the team and it was clear he was still a mega-star but the results were not forthcoming meanwhile, Mercedes – led by Toto Wolff, Ross Brawn and Niki Lauda at the time – saw Hamilton as a better prospect for the future.

At the end of 2012, Schumacher was out and Hamilton stepped into the silver garage alongside his mate (at the time) Nico Rosberg.

Now, seven years later, after winning the Monaco Grand Prix on Sunday, Hamilton revealed, “I remember getting a call from Niki in 2012 and we had never really spoken. So he’s on the phone and he’s like: No, you should come to Mercedes. This is where you need to be.”

“I had always talked about how Ross was the convincing element in me coming to the team, because when I went and sat down with him, he explained what the team were doing, where they were going, their plans. Mercedes and I truly believed in that vision.”

“But Niki was the one who brought it to me and got it across the line. And in all of these years, he’s kind of been my partner in crime,” maintained the 34-year-old.

“Ultimately, he was part of the process of changing my life. If I hadn’t had the call all that time ago, I would be a one-time world champion now and probably 22 wins whatever it was when I was at McLaren and I sit here a five-time world champion and I definitely feel like I owe him a lot.”

Lauda had a lung transplant in the summer of last year after which he was in and out of the hospital as he suffered a series of setbacks. According to doctors, his condition was always terminal but by the beginning of this year it appears the end was near.

Hamilton added, “I was really in touch with Niki a lot through this past eight months. We would be sending videos back and forth to each other. It was always difficult because some days he looked good and was really perky and ‘I’m coming back, I’m coming strong and I’ll be at this race’. And then there’s other days where he had immediately lost a lot of weight.”