Williams: We were able to compete genuinely 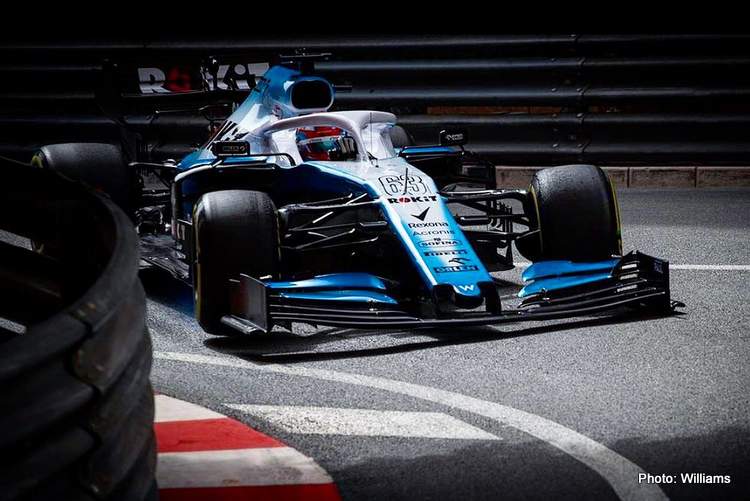 Williams report from the Monaco Grand Prix, Round 6 of the 2019 Formula 1 World Championship, on the streets of Monte-Carlo.

Dave Robson, Senior Race Engineer: “We had a busy race today, but it made for some enjoyable racing as we were able to compete genuinely with both Alfa Romeo and Racing Point. It was a rare Monaco Grand Prix with little incident or retirement and we were unable to score any points. However, both drivers were very good and produced measured and controlled races to make the one-stop strategy work.”

“The tyres were a challenge, especially as the light rain fell, but Robert and George were able to keep the tyres in a sensible window. Once again, the team in Monaco and Grove worked well together and delivered two strong strategies in difficult circumstances. It was a shame that Robert’s race was spoilt by the contact with Giovinazzi but unfortunately that is the nature of racing on the streets of Monte Carlo.”

George Russell: “It was a really enjoyable race and I pushed myself to the limit. Our pace was very strong, I got into the rhythm and my engineer came on the radio and said you are lapping the same pace as the leaders. We put in some good laps at the end and I was pleased with my performance.”

Robert Kubica: “It was quite a long Grand Prix to manage the tyres and it was an unlucky race for me, but that’s just Monaco. The race started pretty well for us, when the Safety Car was deployed I thought that I was coming in, but that was not the case. Giovinazzi hit me at Rascasse so I lost a lot of time there, but that’s just how it is.”