Watson: It’s pathetic, how can Lewis justify this? 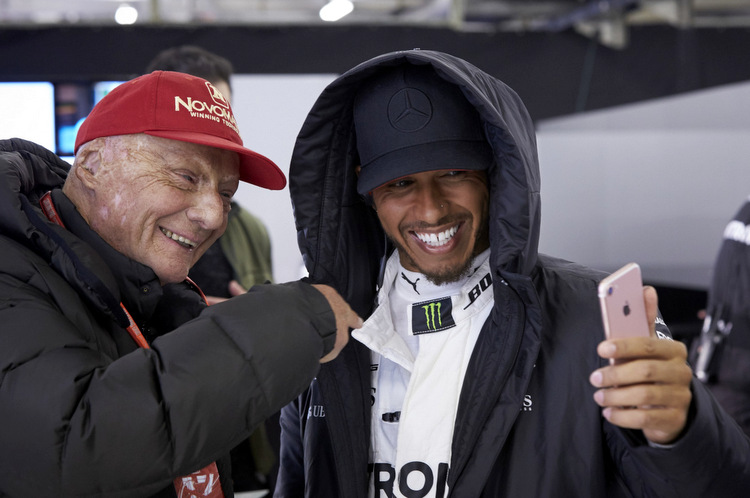 Niki Lauda’s former teammate John Watson has slammed Lewis Hamilton for not showing enough respect for the Formula 1 legend and Mercedes F1 chairman who passed away this week.

Hamilton cancelled media obligations on Thursday as the death of Lauda pulled a dark cloud over the Monaco Grand Prix weekend and appears to have impacted the World Champion who worked closely with the Austrian was instrumental in luring the Briton to Mercedes from McLaren long before they were a force in the top flight.

Watson told Daily Mail that he empathised with Hamilton’s grief but was clearly not impressed with his no show on Thursday, “It’s pathetic. I would like to know how Lewis can justify this.”

“I know he was friendly with Niki, but I find it bizarre that a man of his stature would not be able to face people and tell them what Niki did for Mercedes and give him his due credit for the role he performed.”

“He should have spoken out of respect. To be so upset that he apparently cannot discuss his admiration for how Niki helped him – that’s pathetic.”

“Lewis has not had to deal with tragedy in his motor racing career the way previous generations had to. Niki’s life was not cut desperately short as some drivers’ lives were. He died peacefully with his family around him.”

“What a life: champion driver, airline owner, team manager. And his personal life was worthy of a movie in itself. I don’t think he had any regrets.”

“If the roles were reversed, Niki would have been in there telling the press in his typical blunt way what a great driver and what a fine world champion Lewis is,” added 73-year-old Watson.

Hamilton said in the wake of Lauda’s passing this week, “My buddy, I am struggling to believe you are gone. I will miss our conversations, our laughs, the big hugs after winning races together.”‘

“It’s truly been an honour working alongside you over these past seven years. I wouldn’t have even been in this team if it wasn’t for you.”

Big Question: Was Lewis being disrespectful ditching media duties in the wake of Niki’s passing?