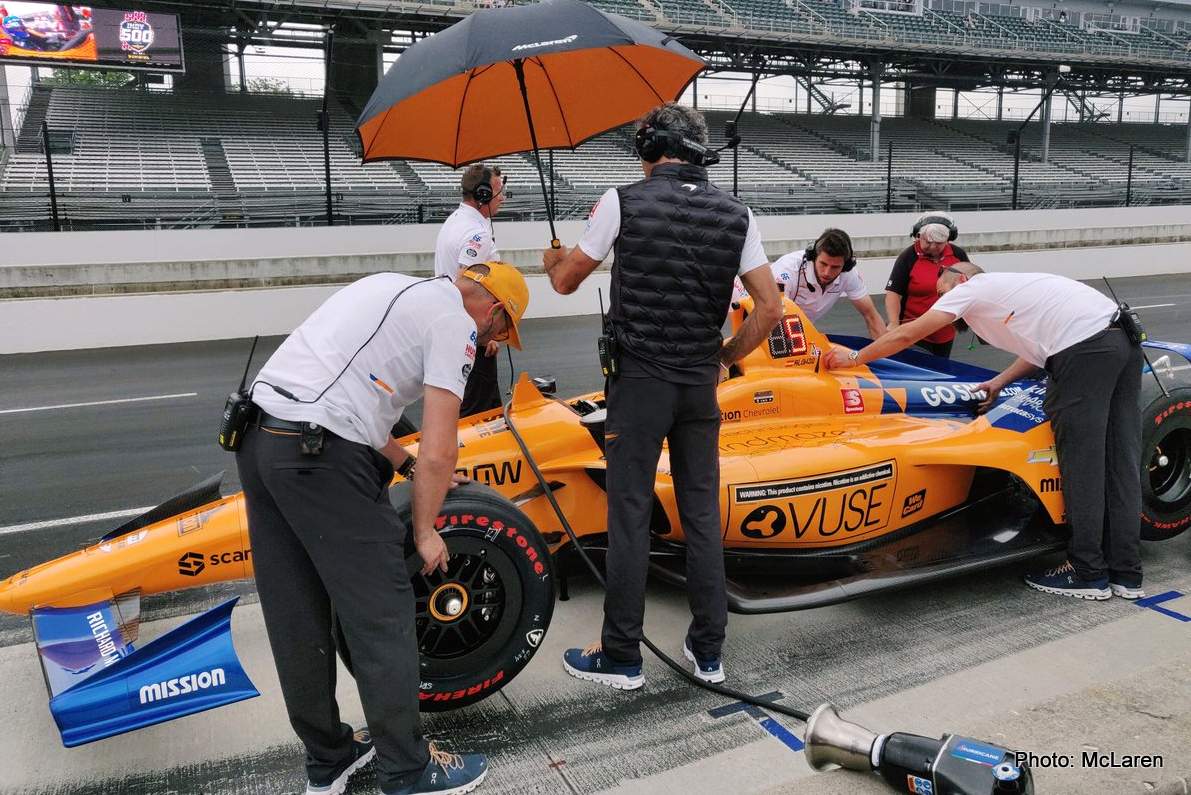 It’s another rough day for McLaren at the Indianapolis 500 as rain has slowed the team’s preparation time for its last-gasp run at making the race turning the project into a bad dream if not a nightmare.

McLaren completely overhauled its car Sunday morning and sent Fernando Alonso on track with a new setup. But the car was too low in the rear and dragged and sparked along Indianapolis Motor Speedway. Alonso returned to the pits for a fix, completed five more laps, and then rain stopped the session.

Alonso is one of six drivers scheduled to compete in the “Last Row Shootout” later Sunday for the final three slots in the May 26 race. If the session is rained out, IndyCar will use the next available day to set the final row.

McLaren’s new setup for its desperation qualifying run potentially came from another team willing to assist McLaren with its struggle. When asked, McLaren head Zak Brown said only, “This is a friendly paddock. Much friendlier than F1.”

McLaren last raced in the Indy 500 in the 1970s but is back this season to both help Alonso complete his quest to win motorsports’ version of the Triple Crown and as a feeler for a potential full-time IndyCar team.

But the entire process has been a disaster from opening day because of electrical issues, an Alonso accident, a lengthy delay in rebuilding him a car, a tire puncture on his first qualifying attempt, and, finally, a car too difficult to handle for Alonso to qualify it in the top 30 on Saturday.

Brown acknowledged the entire McLaren group was tense Sunday morning, “Not fun to be down to your final few laps.”

Adding to their woes was the fact that weather will prevent him from trying to qualify during the back of the grid shootout between the Spaniard and the five other drivers.

If running is cancelled for today, bump day moves to Monday, weather permitting.