Indy 500 Practice: Another day, another crash 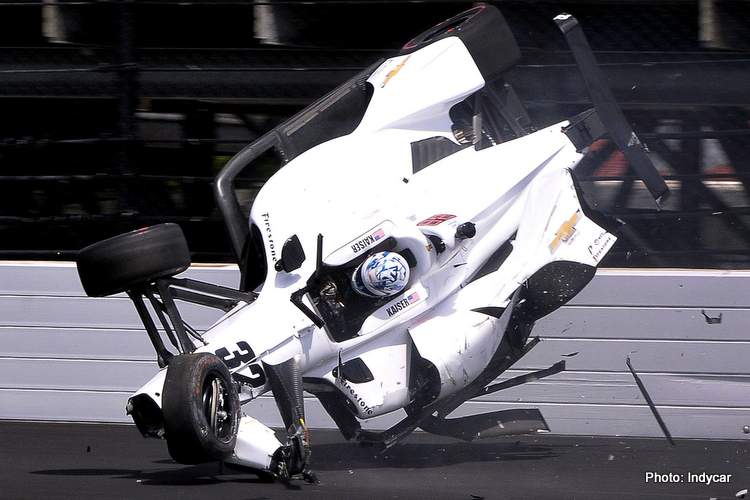 Juncos Racing will work overnight if needed to have a car ready to qualify for the Indianapolis 500 after Kyle Kaiser crashed and destroyed the car early on “Fast Friday” at Indianapolis Motor Speedway.

Juncos lost both its primary sponsors shortly before practice began this week for the May 26 race, but Kaiser had managed an impressive three days on track until the accident.

Team owner Ricardo Juncos praised Kaiser and the crew for not bowing to the adversity, saying they’ve “consistently improved our times each day” and now are faced with the challenge of getting the backup car on track and set for qualifying.

He says he’s confident “this group will not stop working until we get back on track. We will be working hard all day and night.”

Kaiser has been in a tough spot all week because two of his major sponsors pulled their funding the day before Indianapolis Motor Speedway. Now Juncos Racing has a destroyed race car one day before qualifying for “The Greatest Spectacle in Racing.”

Kaiser appeared to dip below the white line on the low portion of the track when he lost control and spun into the outside wall. The car turned upward and onto on wheel before the tub smashed back to the track surface. It was similar to the crash rookie Patricio O’Ward had a day earlier.

Kaiser said he “just lost it right in the middle of the corner.”

Juncos Racing is in a tough spot before Saturday qualifying. It will have to rebuild a car from scratch or acquire one from another team.

Meanwhile, on the final day of practice before Saturday’s qualifying, Fernando Alonso was finally back on track preparing for his second Indianapolis 500.

McLaren lost almost two full days of practice after Alonso crashed Wednesday. The team needed the entire next day to rebuild the Spaniard a car, which was ready to go for Friday’s morning session.

During the week Felix Rosenqvist and Patricio O’Ward also crashed and opted for backup cars, but Rosenqvist struggled the day after his accident. He admitted before Thursday’s practice there is a far bigger mental aspect to preparing for the Indy 500 than the rookie expected.

The fourth day at Indianapolis Motor Speedway is considered “Fast Friday” because engine makers give teams a horsepower boost to prepare for weekend qualifying. There are 36 drivers vying for 33 spots in the field for the May 26 race.