Indy practice reveals perils and challenges of the Brickyard 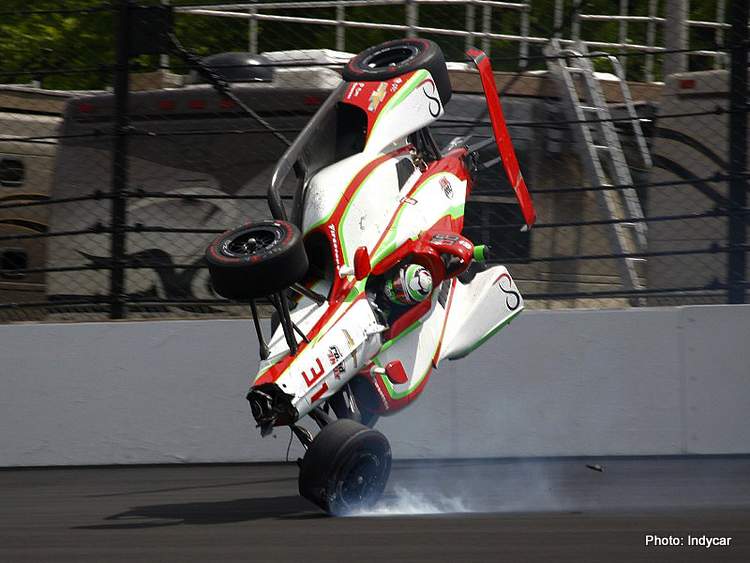 McLaren had another miserable experience preparing for the Indianapolis 500 as the team worked tirelessly in a failed effort to get Fernando Alonso on the track Thursday for practice, as the Brickyard proved how brutal it can be with a slew of high-speed crashes during practice this week.

Alonso crashed early Wednesday at Indianapolis Motor Speedway and McLaren has frantically been trying to piece together its spare care to get back on the 2.5-mile oval. The team worked until 2 a.m. on the car and literally spent all of Day 3 at the track patching together a new Indy car for the former Formula One champion.

“It’s definitely slow going,” said McLaren head Zak Brown. “We had to borrow pieces from the one car and move them to the other car, bring in bits from an outside location, change the engine. It’s been a lot of work. We’re just trying to get it done right, put some extra TLC in it and make sure it is ready to go.”

McLaren is back at the Indy 500 for the first time since the 1970s and the first three days have been a mess. The team was slowed by electrical problems, Alonso’s first career crash on an oval, then needed an entire day to rebuild the car. When the team felt it was close to getting back on the track for the final hour Thursday, heavy rain brought the session to an early end.

Chip Ganassi Racing didn’t have the same problems getting Felix Rosenqvist back out following his crash some 18 hours earlier. The team had its spare car in its nearby shop and its sports car personnel to assist in preparations.

McLaren, Brown noted, is a Formula 1 team that has undertaken an enormous task in trying to make the Indianapolis 500 as an independent team. Although McLaren has a technical alliance with Carlin, the small McLaren crew of mechanics and engineers are on their own and stretched for time.

Brown is trying to take McLaren fulltime racing in the IndyCar Series and it will be an embarrassing blow if Alonso, one of 36 drivers vying for 33 spots in the May 26 race, fails to qualify.

“I’ve seen lots of drama here before, and I don’t want any drama,” Brown said. “The speed in the car (Wednesday) seemed to be OK, Fernando will get right back up to speed, he’s not fazed, so I think we are just trying to put together a car that is ready to go and ready to perform.”

With nothing to do in the car, Alonso had time to spend with seven-time NASCAR champion Jimmie Johnson, who arrived Thursday morning for his first visit to IMS during 500 activities. Alonso and Johnson last November swapped cars and have developed a friendship, and Johnson has experience crashing – and winning – at Indy. Johnson is a four-time winner of the Brickyard 400.

“For as many problems as the team has had, Fernando seemed to be fine,” Johnson said. “He seemed to be really relaxed and not too concerned.”

It was a busy day for Johnson, who was recognized up and down pit lane and ran out of time before he could visit with all his friends who compete in the series. Johnson grew up an IndyCar fan but his career path took him to NASCAR. Asked if he’d ever race in an Indy car, Johnson said perhaps a road course but “this place is probably never going to happen for me.”

Patricio O’Ward (pictured above) was the third driver to crash so far in practice when the rookie spun and hit hard into the wall. His car nearly went airborne but only tilted and then teetered on one wheel before settled back onto the track surface.

“There’s two kinds of people at IMS, the ones who are going to hit the wall and the guys who have hit the wall. I hit hard,” the Mexican rookie said. “My hands are bit sore but the good thing is we are OK and it just looks like I just lost it, I guess.”

O’Ward will be in a backup Friday, when engine makers are permitted to give a horsepower boost for qualifying. Chevrolet has been the dominant team on the speed chart and it was Ed Jones for Ed Carpenter Racing on top Thursday with a lap at 227.843 mph.

Honda hasn’t lagged too far behind and Sebastien Bourdais for Dale Coyne Racing with Vasser/Sullivan has been a pleasant surprise and fast through three days. He was fourth overall Thursday trailing Honda drivers Takuma Sato and Zach Veach, while rookie Colton Herta was fifth as he’s continued to find speed around Indy.