Arrivabene: We need to be patient and support Ferrari 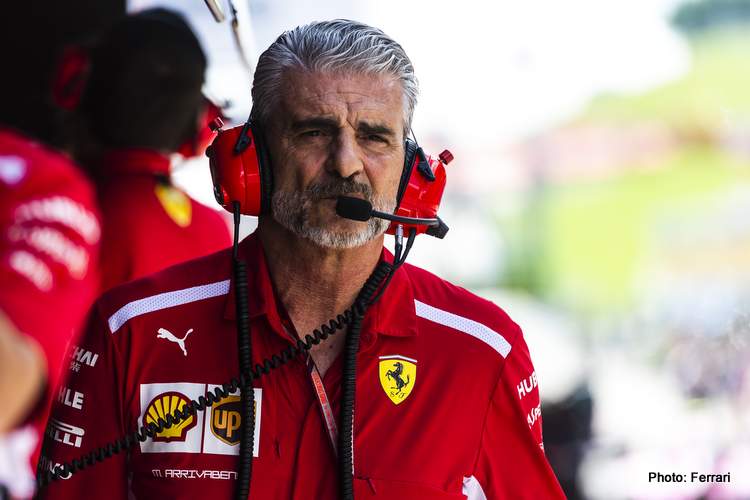 Former Ferrari team chief Maurizio Arrivabene has been notably quiet as the team he once led reels with the punches of five knockout one-twos inflicted by Mercedes in the first five races of the season.

Finally this week, he broke his silence to give his first soundbite regarding the plight of the Italian team and with it, he has called for patience and for Tifosi not to lose heart and remain committed to the cause.

In a well told episode that dragged on for the latter half of last year, Arrivabene was ejected in January to make way for his former technical chief Mattia Binotto to become boss of the F1 operation at Maranello.

Under the Arrivabene’s watch Ferrari were far better off than they are today and his axing is looking like a mistake as it is clear that the Reds are headless at the moment, as Binotto appears to not have the capacity to run the team and ensure they put out a competitive car.

From a media perspective, access to the Scuderia is vastly improved as an atmosphere of openness prevails in contrast to the besieged fortress mentality that prevailed not too long ago.

During the recent Mille Miglia event attended by Arrivabene, he was asked by Sky Italia for comment on the current fiasco at Ferrari, “The championship is still long and we need to have patience.”

“I have been voluntarily quiet on the matter but if I have to speak I can only say that we need to support the whole team. It’s easy to support the team when they are winning but I hope that all the fans support also in difficult moments.”

While Arrivabene would have every right to be aggrieved by the way he was treated at the end of his tenure, considering the fact that shortly before Monza last year he was assured by his bosses that he would continue at the helm only to be axed and replaced by Binotto in early January this year.

But the former team boss harbours no grudges, “Ferrari is a family that gave me so much, and I committed as much of myself to it as I could. And I will always be a part of it.”