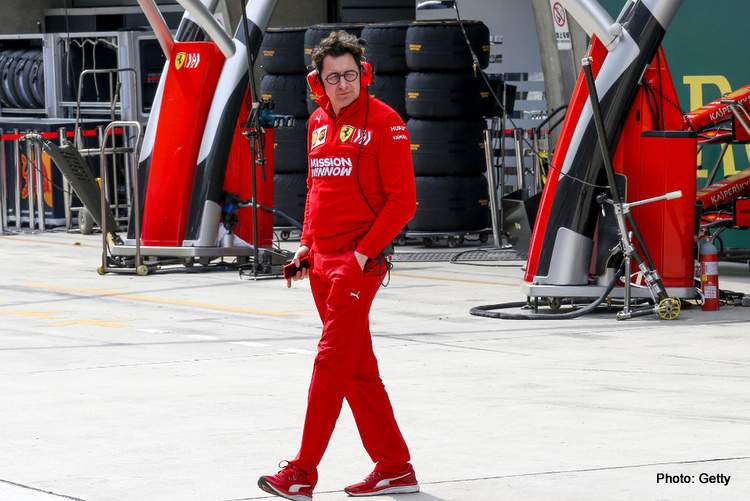 Ferrari had hoped to step up and take the fight to dominant Mercedes at the Spanish Grand Prix on Sunday but ended up with their weaknesses exposed and even further off the pace.

Mercedes have now won the first five races one-two while Ferrari have taken just three third places and were off the podium entirely at the Circuit de Catalunya, behind Red Bull’s Max Verstappen.

“Before we judge our performance, I think compliments to Mercedes,” Binotto told reporters, with drivers Sebastian Vettel and Charles Leclerc alongside. “They have been really very strong so far in the season.

“On our side, we can work very hard and well and the season is still long. We will never give up. I think that is our approach.”

“We brought some upgrades, aero and engine, and were expecting somehow to be in the fight but it has not been the case. I think power-wise, straight line speed, we are good enough but certainly we have some weaknesses on the car that were highlighted this weekend. It’s up to us try to understand and assess and to improve in the future.”

Vettel, a four times world champion, finished fourth with Leclerc fifth. In Barcelona, it was clear that Ferrari are losing a lot of time in the corners, which does not bode well for the next round in tight and twisty Monaco, and are also finding the new Pirelli tyres tricky to manage.

Vettel damaged his on the opening lap and both drivers also lost time in the pits with a wheel nut cross-threading problem.

Binotto said the limitations seen on Sunday were also evident in the earlier races and was unable to offer a time frame for a solution.

“(The) more important (thing) for us is first to understand really how to address them and then I’m pretty sure we can do it quickly. We still believe development will be a key factor in the season,” added the Italian team chief.