Honda: This is not where we aim to be 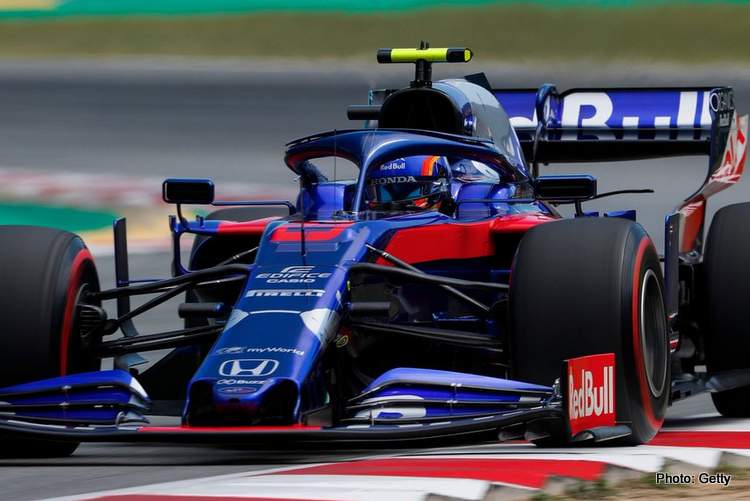 Both Aston Martin Red Bull Racing cars and one Toro Rosso will start from the top ten in the Spanish Grand Prix after a strong showing in qualifying.

All four drivers managed to advance into Q2 without trouble, even though four different teams lost at least one driver in the first part of qualifying to show how competitive the midfield is.

Alex was then the only one of our four cars eliminated before the top ten shootout, just over 0.15s away from a place in Q3 after running slightly wide at Turn 5 on his final lap.

Originally classified in 12th, Alex will move up to 11th on the grid for tomorrow’s race as a result of a grid penalty for Daniel Ricciardo, who caused a collision with Daniil in Baku.

With three cars in the final part of the session, it was Max who led the way as he secured a place on the second row, ending up less than 0.1s adrift of Sebastian Vettel in third. Pierre will line-up directly behind his team-mate in sixth, with the second Ferrari of Charles Leclerc in between.

Daniil produced another strong performance to secure ninth on the grid, reaching Q3 for the second race weekend in a row.

Toyoharu Tanabe, Technical Director, Honda Racing F1: “All four cars ran the Spec 2 PU today as planned. Today we managed to get three of our 4 cars through to Q3, in 4th, 6th and 9th places on tomorrow’s grid. Albon just missed the cut but his 11th position is not bad, as he has a free tyre choice for the start.”

“As the long run pace looked quite good in yesterday’s practice for both teams we hope to finish in good positions, with all cars seeing the chequered flag.”

“For this race, many teams have brought updates, but our competitiveness remains relatively similar to the previous races. Obviously, this is not where we aim to be, so we must continue with our development to close the gap.”