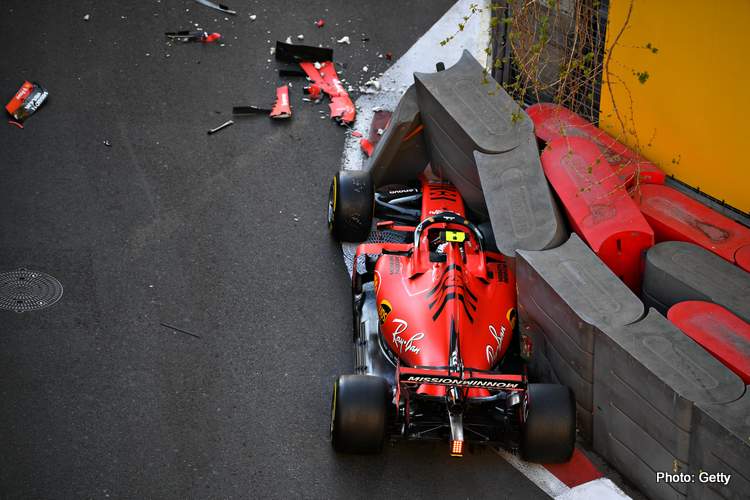 Charles Leclerc started qualifying as the favourite and topped Q1 but in a Q2 run he went too deep into the first part of the tricky castle section and became a passenger as his Ferrari speered the barriers at 12G in exactly the same place Robert Kubica ended his session 15 minutes earlier.

Up until that point, Leclerc had ticked every box, but the error by the popular 21-year-old from Monaco is a reality check for the whole team and their supporters – this is a cruel sport.

Leclerc set the pace throughout the weekend and looked a sure bet for pole until it all went wrong. And credit to him for immediately owning up calmly: “I am stupid, I am stupid.”

In the pit garage Ferrari big boss John Elkann was visibly shaken watching the incident unfold as the mist of despair unfurled in the Red garage.

Later Leclerc told reporters: “I deserve it. No excuses. I’ve been useless. I was stupid as I said on the radio and a I still say it. I will push to have a better tomorrow. Sorry to all the people supporting us and even more to the whole team that deserved so much better.”