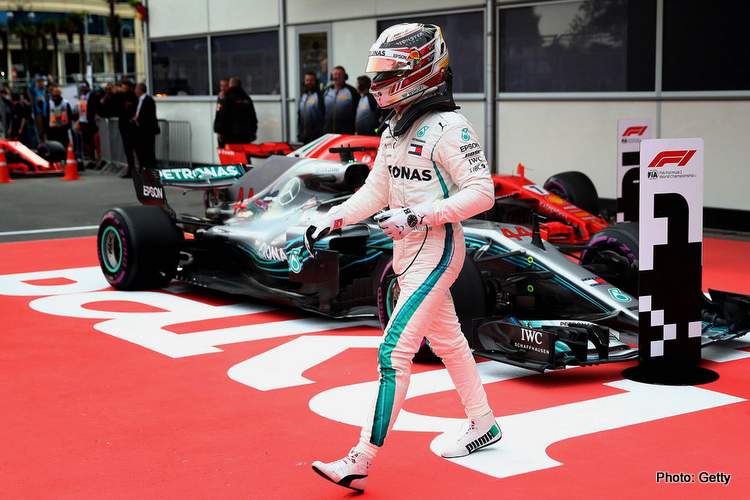 Lewis Hamilton is no stranger to winning at just about every venue on the Formula 1 calendar, but the Mercedes driver admits he has yet to find the sweet-spot around the Baku Street Circuit despite winning last year’s race.

But the truth is that the five-time Formula 1 World Champion inherited victory last year at the Azerbaijan Grand Prix when teammate Valtteri Bottas was forced to retire while leading late in the race with a puncture.

Ahead of this weekend, Hamilton said, “It’s a really great track and it’s one that I’ve honestly struggled at a little bit, particularly last year. It will be interesting, and I’m going there with a mindset that I’ve got to try and improve my previous years’ performance.”

Last year’s race fell into his hands when error-prone Ferrari driver Sebastian Vettel made a hash of it last year, and then the #44 got a free pass when Bottas suffered the misfortune.

Hamilton acknowledged, “I was fortunate to get the win there last year but I wasn’t quick enough really through the weekend. So that’s a place I expect Valtteri to be quick and I expect the Ferraris to be particularly quick.”