Sainz: It hasn’t been a great first three races 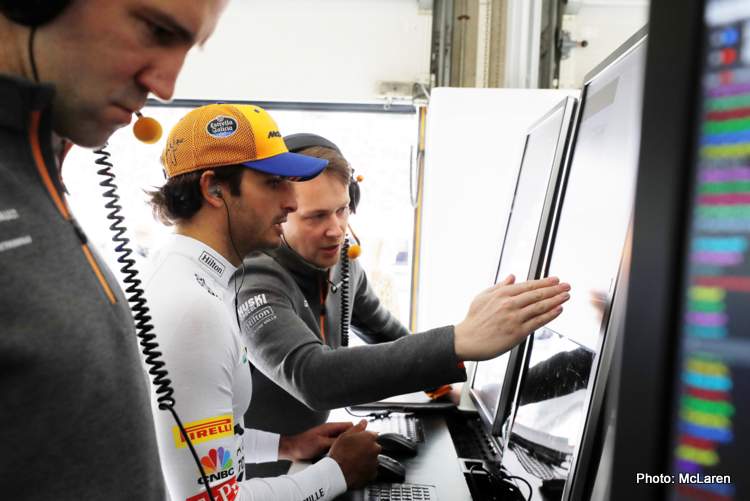 Carlos Sainz will be revealing insight into his life as a McLaren driver this season with a personal column published by the official Formula 1 website which launched with the first edition this week.

After his three races in orange, it is fair to say that on-track performances have been disappointing, with a slew of bad luck not helping his cause, however, zero points on the scorecard are ample proof that things have yet to gel for the Spaniard.

Sainz reported, “It hasn’t been a great first three races, and it’s definitely frustrating when you know you are comfortable with the car. But the pace of the car is strong and it’s just a matter of time before we start getting points.”

For now, it is two DNFs and 14th place on his McLaren CV.

Looking back on Australia he said: “I felt really good in the car and was confident in qualifying. But I got stuck behind the Williams, who had a puncture, on my final run and that was it – I was knocked out in Q1.”

“Things looked up when I made a great start in the race, but when I was trying to overtake Lance Stroll, the MGU-K failed. Stroll finished ninth – and I think I could have been ahead so that was a few points lost.”

On Bahrain: “Of the three so far, our car was strongest in Bahrain. I had a great lap in qualifying and managed seventh, less than a tenth behind a Red Bull and Haas. It was a great day for the team, as we got both cars into Q3 in what is one of our ‘home’ races.”

“In the race, I got up to sixth and was catching Max Verstappen’s Red Bull. I got a good run into Turn 4 and was well ahead before the braking zone. Then you saw what happened, but I would have never backed off from it.”

“I got the worst of it, he could have got a puncture but escaped unscathed. Nevertheless, a problem in my gearbox meant I had to retire the car, so the end result would have been the same. It was unfortunate but the pace was encouraging.”

On China: “The Shanghai race weekend didn’t quite work out as we hoped. We knew we could struggle because our car in long corners isn’t as strong as in braking and traction. Friday was encouraging but in qualifying, we missed out on Q3 by a few tenths.”

“In the race, you all know what happened. I tried to avoid an accident but there was nothing I could do. Daniil Kvyat just lost his car, pushed me off and he then made contact with Lando.”

On the positive side, things cannot get much worse for Sainz who has big shoes to fill since taking over the seat once occupied by Fernando Alonso, and right now the protege still has a long way to go.

As for his new sideline as a scribe, Sainz said, “I wanted to do something to give fans an insight into life as a Formula 1 driver and to get to know me better. So I’m looking forward to taking you on the road with me during my first season with McLaren.”

Big Question: What’s up with Carlos?