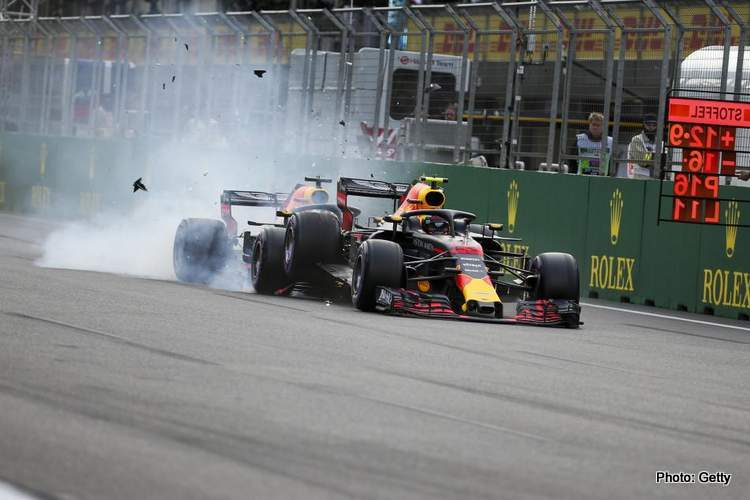 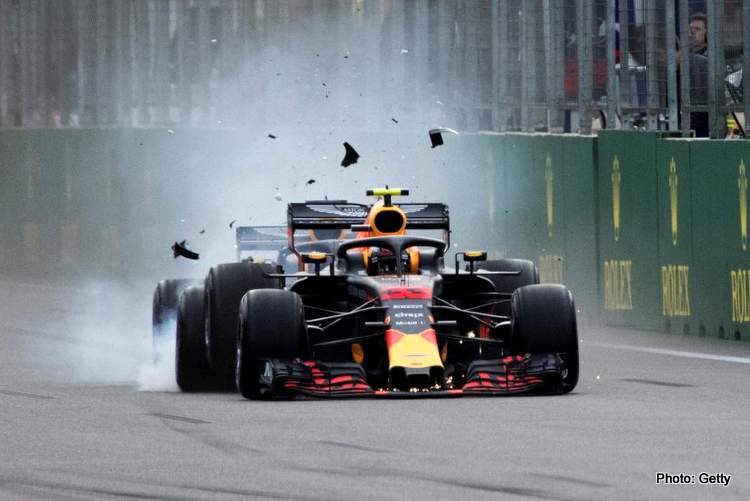 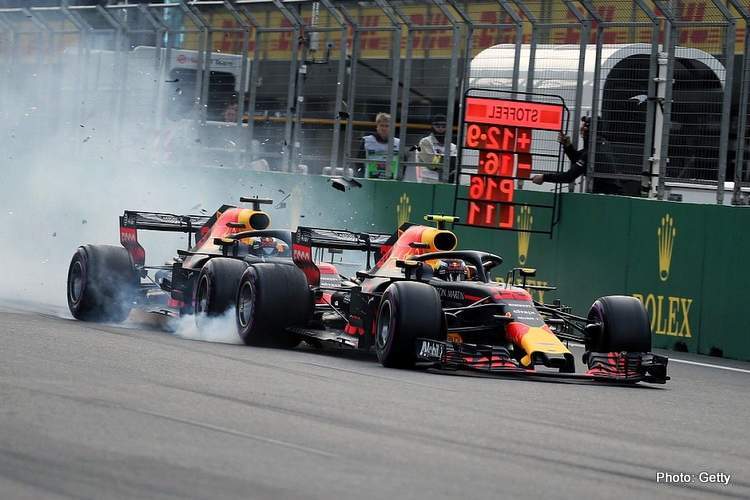 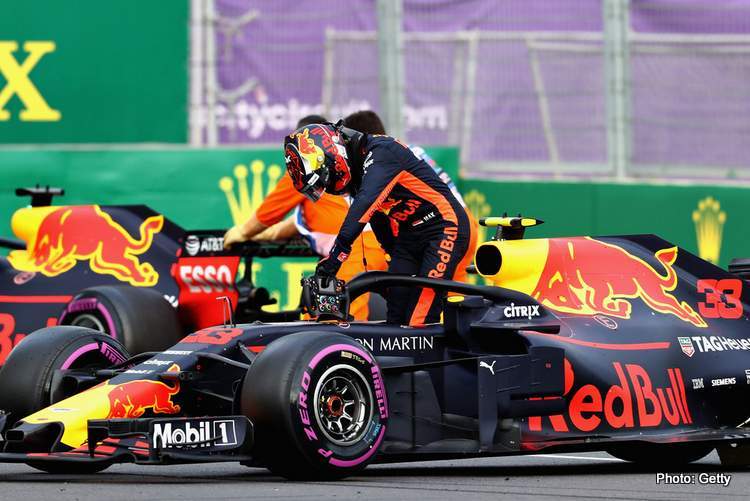 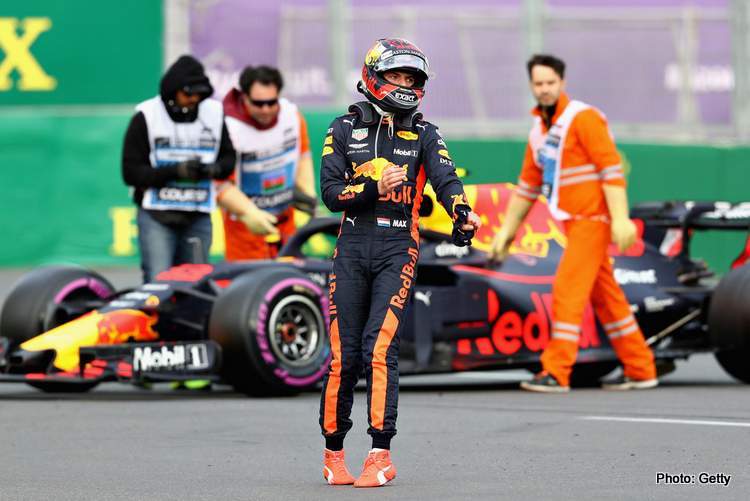 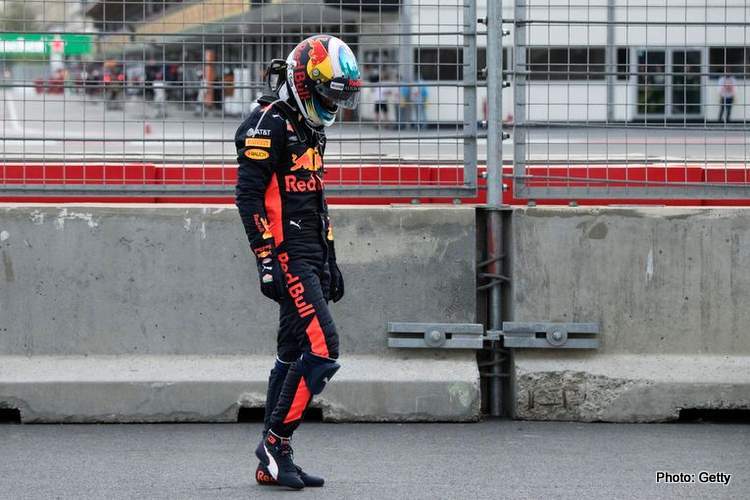 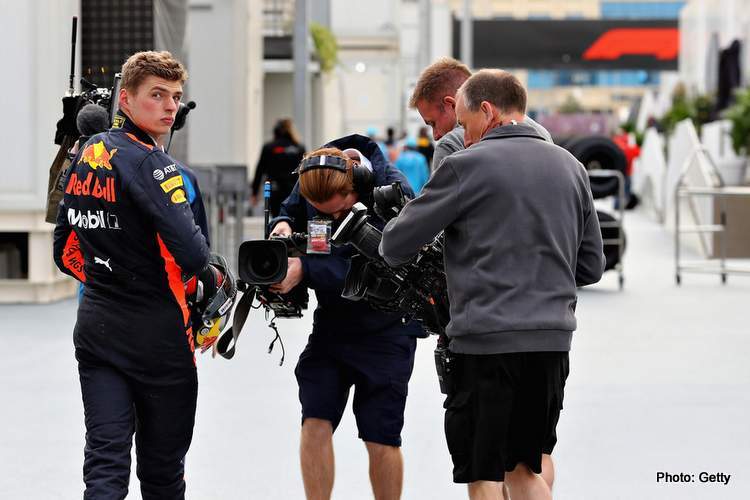 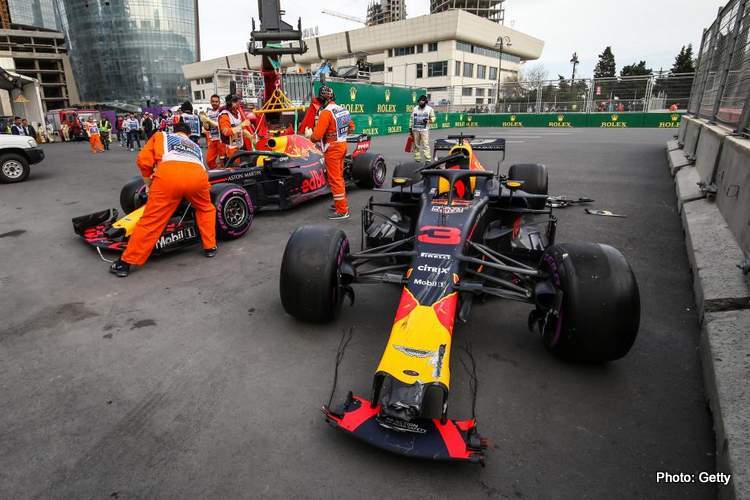 It was a gasp-inducing moment when we watched the Red Bull of Daniel Ricciardo ram the back of Max Verstappen’s car as the teammates duelled for fourth place during the latter stages of the 2018 Azerbaijan Grand Prix.

The two cars ended up smashed and out of the race and considering the circumstances there were no public histrionics as drivers and team tried to keep it cordial, when in fact the aftermath of the incident was probably the trigger that led to Ricciardo’s departure to Renault.

“The tow was very strong. We were pretty similar in speed and always very close. Before that, it was hard racing but very fair. What happened afterwards was not good. This has happened before, you learn from it and we have to make sure it doesn’t happen again. We will talk about it and see what happens.”

Asked if he and Ricciardo were “okay” with one another after the collision, Verstappen replied, “Yes, of course. As racing drivers, you go for every inch. We are very fair to each other and spoke immediately afterwards.”

In the same media pen, a contrite Ricciardo told reporters, “I’m pretty down. We’re thankful that we are allowed to race. Max and I love to race as we show and that’s cool. We did get close a few times in the race already touching.”

“Sometimes we were on the limit and unfortunately, it’s ended how it did. It’s not a nice situation. We both feel pretty bad that it ended like that and for the team, it’s pretty crappy.”

“The incident itself, it’s a tough one. Once I come out, I thought the gap was opening up on the inside and once I was there I had to commit to that. I’m heartbroken for how everyone is feeling in the team right now.”

“We’re not into each other right now, it’s more just about saying sorry to the team and just apologise the best way we can. We don’t want to be in that sort of situation.”

“I have watched a few replays and the only thing we can both say is sorry to the team. This is the last thing we wanted. This was the worst case scenario and everyone is pretty heartbroken.”

Red Bull team chief Horner put it down to a racing accident, “Unfortunately today has resulted in the worst possible scenario where you’ve had both drivers make contact and retire from the grand prix, which is enormously disappointing.”

“There’s no blame apportioned more in one direction to the other, they are both equally responsible, so both drivers will be apologising to all the members of staff that work so hard to put these cars together,” added Horner.

On the flipside, F1 legend Niki Lauda – in his full pomp then as Merc chairman and constant pundit – blamed Verstappen, 70 percent, and Ricciardo, 30 percent, arguing that the Dutchman had twice changed his line.

The Austrian posed the question to reporters after the race, “If you move on him all the time, where does the poor guy have to go?”

“If I were in Horner’s shoes, he would go home and cry. Then I would order them to my office to tell them how much less money they would get paid for the damage they did,” added Lauda.

Whatever Horner did was not enough to placate Ricciardo who felt increasingly marginalised within the team where once he was the blue-eyed boy, and Baku was a decisive moment no doubt on his decision-making process.

The Australian said as much in an interview earlier this year when reflecting on the bust-up in Baku, “We both got a talking to, putting it politely, but in my eyes, I felt like I was not really in the wrong even though I was the one that hit him. I think most people saw the double move.”

“That played a part in my decision. I never really felt the same after that. As soon as I crashed into him, part of me felt: you guys deserved this, that was a shitshow.”

“If the roles were reversed, if I’d been in front and moved twice in the braking area and he’d run up the back of me, would things have been handled the same way? It was a question I kept coming back to.

“The team treated us as both equally at fault in that situation, where I think deep down they knew that it was their mistake and Max’s mistake. A lot of things didn’t sit well.”

But in closing Ricciardo is adamant that there was no deliberate ploy to oust him from the team, “I don’t necessarily think Max was political. Just Max is Max. Look, some of the flamboyancy with Max, that is just with age as well. I don’t think he was political. It was fun,” added Ricciardo.

The Azerbaijan Grand Prix takes place next weekend in Baku, this time around – a year since the prang – Ricciardo will climb into a Renault to ply his trade, while Verstappen remains the Red Bull’s number one.

Big Question: Who to blame for Max-V-Dan crash in Baku last year?