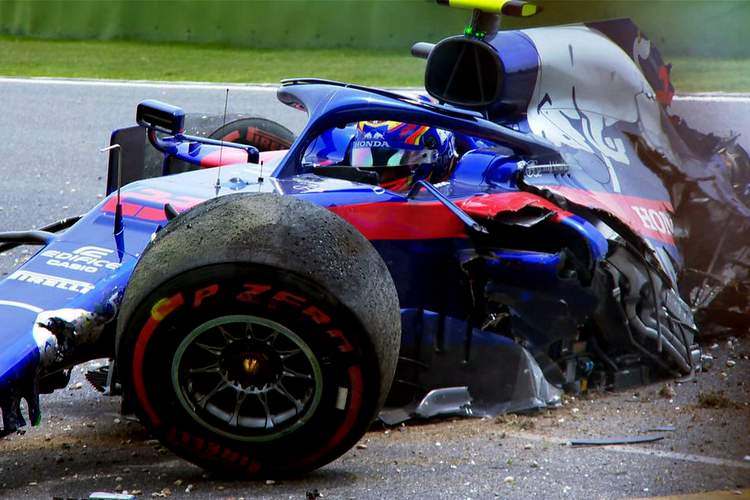 Mercedes driver Valtteri Bottas topped the timing screens at the end of the third and final practice session of the Chinese Grand Prix weekend, on a morning in Shanghai which was marred by a massive shunt involving Alex Albon.

Late in the one-hour morning session, the Toro Rosso driver made a mistake when he clipped to astroturf and lost control of the car which slammed the barrier at the pitlane entry area – shades of Antonio Giovinazzi who wrecked his Sauber in 2017 when he crashed in a similar manner – clearly a tricky place for rookies…

Thankfully, the young Thai driver was able to walk away unharmed however he had to visit the medical centre for a mandatory check-up. Nevertheless, his team is in a race against time to get the STR14 ready for qualifying. The rookie was ninth quickest when the session ended.

At the sharp Valtteri Bottas continued to set the pace as he did in FP2 a day earlier, appearing more comfortable in the car than Lewis Hamilton who was only good for the fourth fastest time, albeit 0.859 of a second shy of the best time.

The Finn’s time of 1:32.830 was set during the final ten minutes of the session.

Sandwiched between the Mercedes duo, on the timing screen, were the Ferrari pair of Sebastian Vettel and Charles Leclerc, the German a mere hundredth of a second faster than his teammate in the #16 car but nearly four tenths down on Bottas.

In fifth, Nico Hulkenberg was Best of the Rest at the wheel of the Renault while his teammate Daniel Ricciardo struggled to find the sweet spot, ending the morning over a second shy of his teammate.

Kimi Raikkonen was sixth in the Alfa Romeo, ahead of Red Bull’s Max Verstappen in seventh although the Dutchman was 1.6 seconds down on the top time and well ahead of his teammate Pierre Gasly was 15th but did not run the softer tyre during the course of the morning.

Carlos Sainz was eighth in the McLaren, ahead of Toro Rosso’s Albon and Daniil Kvyat who rounded out the top ten. 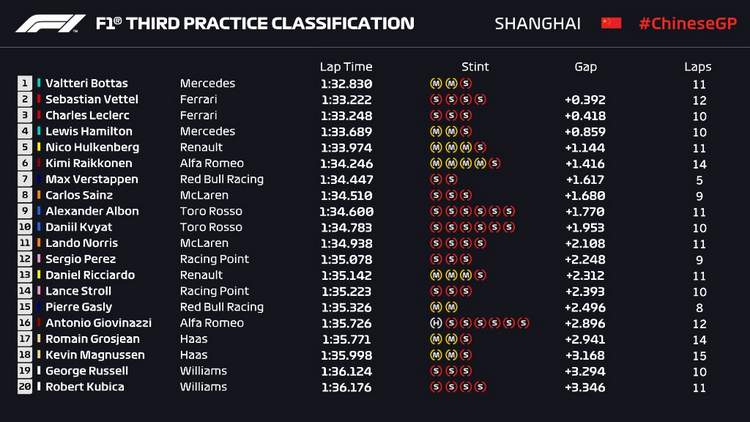