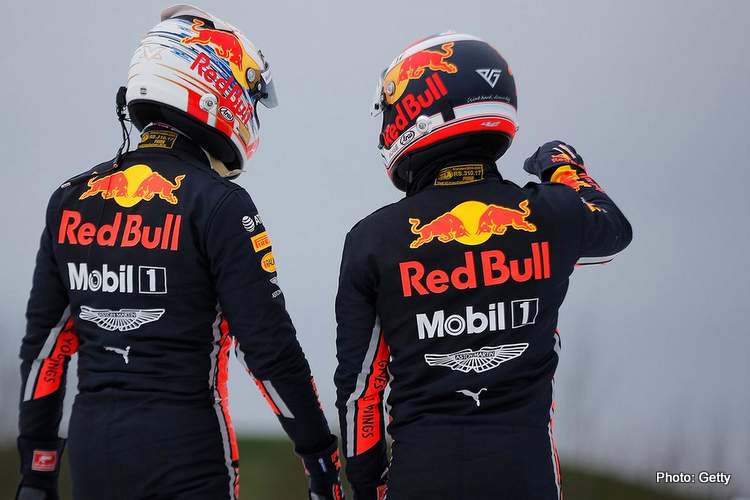 Red Bull newbie Pierre Gasly will struggle to match teammate Max Verstappen this year because the team is built around the Dutchman, according to F1 World Champion turned pundit Jacques Villeneuve.

Speaking to RacingNews365, Villeneuve declared, “Red Bull is built around Verstappen, so Gasly has no chance of beating Max this season. In addition, Gasly was not very impressive last year and was inconsistent.”

“This year, the pressure seems too much for him. He is going to a team, where there is already an established leader… and then you have Helmut Marko hovering over you.”

Indeed the outspoken Red Bull consultant let everyone know that Gasly’s crash on the penultimate day of preseason testing cost the team dear in terms of development and money.

Villeneuve saw a red flag when that happened, “If things are not going well for you, if your teammate is too good for you and you are also blamed for the poor performance of the entire team, then it is too much pressure for a young driver. I don’t expect him to come close to Max this season.”

The old adage that in racing “you first have to beat your teammate” will forever be pertinent in F1 and thus Gasly can expect no remorse or help from the chap he shares a garage with on weekends.

“Furthermore, Gasly should not expect help from Verstappen. Max will not spend his time helping his teammate and I agree with him on that. We are talking about Formula 1 here and at this level it is all about beating your teammate as much as possible,” insisted the 1997 F1 World Champion.

Big Question: How can Pierre shine against Max?