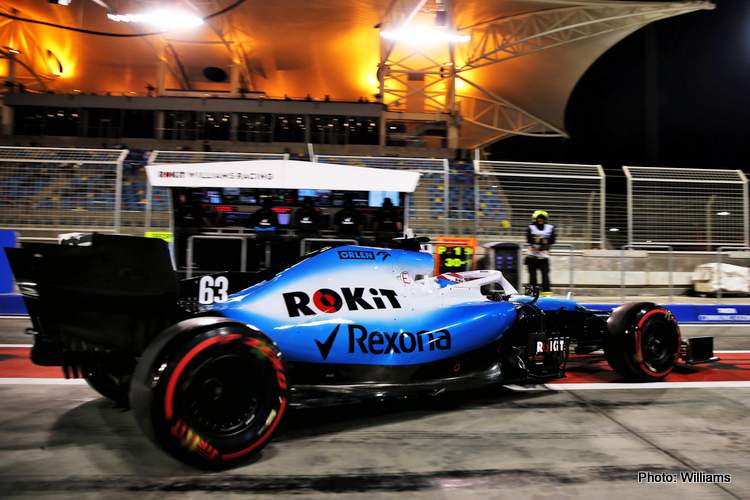 The Williams Formula 1 team reported increased revenues in 2018, boosted by an unspecified one-off item, despite enduring one of their worst seasons ever in the top flight.

The British-based team, the third most successful in the sport’s history in terms of wins, said on Friday that financial performance had improved across both Formula 1 and Williams Advanced Engineering.

Group revenue increased to 176.5 million pounds, from a previous 166.2 million. Earnings before interest, tax, depreciation and amortisation (EBITDA) were 12.9 million, up from 10.8 in 2017.

The Formula One business generated revenue of 130.7 million pounds, compared to a previous 125.6 million, with EBITDA unchanged at 16 million.

Williams said the one-off item was non-recurring but gave no details.

Stroll has joined Racing Point, the former Force India team now controlled by his billionaire father Lawrence, and taken a number of sponsors with him.

Third overall as recently as 2015, they have yet to score a point in 2019 with a car that is again off the pace.

“There is a very large gap in competitive expenditure between the leading teams and the rest of the grid,” he added.

“But we are increasingly hopeful that Liberty Media’s long-term vision and plans for the future of the sport can deliver a more level playing field on which all teams can compete fairly.”

Formula One’s U.S.-based owners Liberty Media are discussing a shake-up of the sport from 2021 with a cost cap and redistribution of revenues among the proposals.

Leading teams like champions Mercedes and Ferrari operate on annual budgets well in excess of $200 million.

O’Driscoll said the arrival of ROKiT as new title sponsor, replacing departed Martini, had demonstrated the continued strength of the Williams brand.

“The financial results for 2018 represent another year of strong performance at Williams,” said Mike O’Driscoll, Group Chief Executive Officer. “Revenue was up in both the Formula One operation and Williams Advanced Engineering in 2018, following on from similarly strong performances in recent years.

“Our Formula One team had high expectations that we could build on four years of very solid performance in the FIA Constructors’ Championship but unfortunately, we struggled to maintain the pace of technical development and endured a difficult season. There is a very large gap in competitive expenditure between the leading teams and the rest of the grid, but we are increasingly hopeful that Liberty Media’s long-term vision and plans for the future of the sport can deliver a more level playing field on which all teams can compete fairly. In the meantime, we are intensely focused on improving our own performance, following a tough start to this season’s campaign. We were delighted to commence a new title partnership with ROKiT and to welcome Orlen to our partner community for 2019, demonstrating the continued strength of the Williams brand.

“Williams Advanced Engineering revenue growth continued in 2018, although the bottom-line increased only modestly, as we continued to invest in both our people and technical capabilities. Our expertise in electrification and lightweight material technology provides an excellent foundation for future growth. Our engineering expertise combined with a fast-paced innovative approach, recognised by the Queen’s Award for Enterprise in Innovation in 2018, provides a unique point of differentiation.”