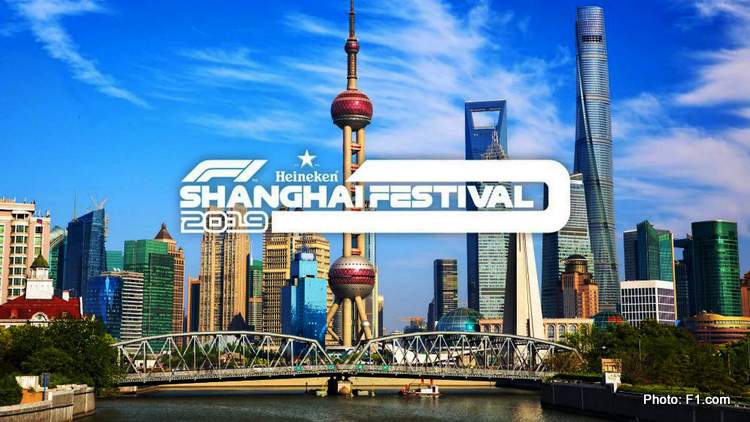 Formula 1 have confirmed that Shanghai will host the first F1 Festival of the season in the build-up to the Chinese Grand Prix next week.

F1 Festival is a free event, which allows fans to immerse themselves in the world of F1, bringing the Grand Prix atmosphere to the heart of the city. This year will see F1 kick-start its festival campaign in China, to celebrate the 1000th Grand Prix.

The Heineken F1 Festival will open to the public on Friday 12th April, at Xintiandi Park with an array of music acts and exciting entertainment, followed by the F1 Live car and Renault F1 Team runs on 13th April – when Renault F1 Team Development Driver and FIA Formula 2 rising star Guanyu Zhou will drive a Renault-powered E20 car and the renowned stunt driver Jessica Hawkins will be at the wheel of a Sauber C30 – enabling fans to experience the roar of the engines, the smell of the rubber and witness the electric atmosphere, as the cars tear past.

Across the two days fans will also be able to experience the excitement of the race in China as qualifying will be streamed, live at the festival along with a number of other thrilling partner activations and activities.

In addition to bringing all the excitement that F1 has to offer to the streets of Shanghai, fans will also see a number of celebrity appearances and music performances by top-notch local and international artists.

Further information and key dates for Chicago, LA and Brazil will be released in due course.

Sean Bratches, Managing Director – Commercial Operations said: “Following the huge success last season, we are thrilled to announce all four F1 Festivals for 2019. We are committed to enhancing fan experience of F1 and continue to explore new ways of exposing fans to the sport.”

“We believe it’s vital to take F1 into the cities so that fans can immerse themselves in the race day atmosphere. By announcing three new festival locations we hope fans around the world are excited to see what F1 Festivals have to offer and we are thrilled to be returning to China for the F1 Heineken Shanghai Festival to celebrate our 1000th Grand Prix”.