Red Bull: We learned a lot 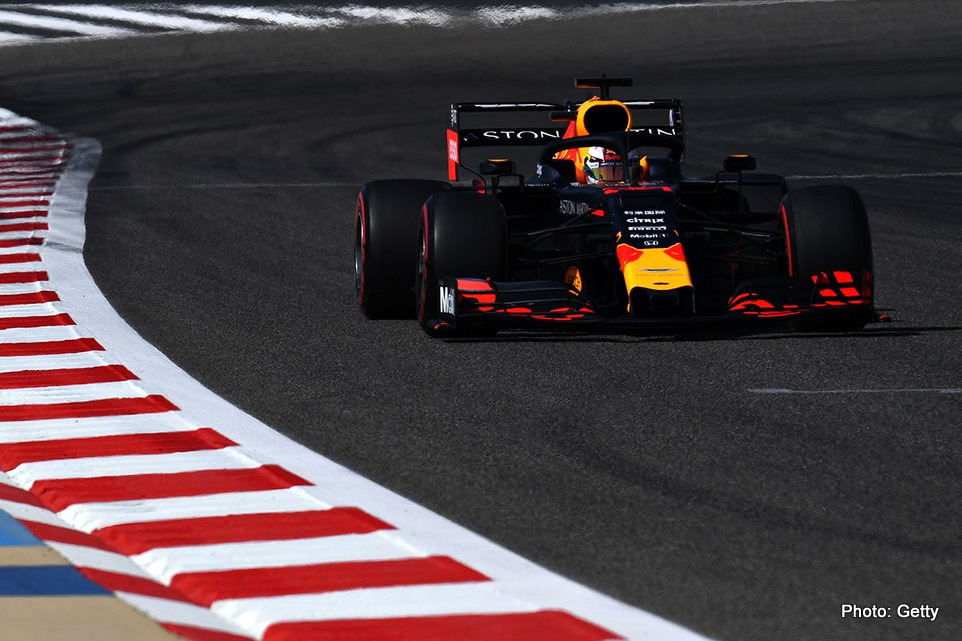 Just two days after claiming fourth place at the Bahrain Grand Prix, Max Verstappen was today back at the wheel of the RB15 as the first in-season test of 2019 got underway at the Sakhir Circuit.

And though the session was uncharacteristically disrupted by rain, Max still managed to get through 62 laps of the desert circuit and posted the day’s fastest lap.

“It was a little bit wet, which is strange, but overall I think we had a good day,” said Max. “We managed to get in a lot of laps to help us understand more about our performance over the race weekend, and I think we’ve already learned a lot, so that’s very positive.”

“We don’t get that many days to really understand the car, and during a race weekend it all goes by so quickly, so days like today are very helpful. We knew what didn’t work over the weekend in terms of rear-end grip so we tried to work on that and I think we learned a lot.”

Simon Rennie, Group Leader, Simulator Engineering, added: “Today was a little bit of a strange day due to the rain. Tyre choices for testing are made quite a long way in advance and with a limitation on the number of sets to choose from, everyone naturally went without intermediates or extreme wet tyres, as probability suggests there won’t be heavy rain in Bahrain in April, and yet here we are!”

“Still, despite losing about four-and-a-half hours due to the weather, we managed to get through all of the high priority test items on the run plan for today, so I think we can mark it down as a good outing. We focused on taking forward some of the things we learned from the race weekend here in Bahrain and that meant a lot of aero tests, and a few mechanical items as well.”

“To be honest, it was a fairly straightforward day for us, with no reliability woes and a lot of data gathered. Depending on the weather, it will be more of the same tomorrow when Dan Ticktum takes over from Max. Dan has plenty of simulator experience under his belt, so I don’t expect it to take him to too long to get comfortable with the RB15 and hopefully we’ll have another productive day.”

Masamitsu Motohashi, Honda F1 Deputy Technical Director: “This is our first test session since Barcelona before the start of the season. So far we have acquired plenty of data from the first two races, some of which we cannot get from our dyno work and that has increased our understanding of our PU.”

“This test is useful to conform the lessons we have learned from the two race weekends and it will help us optimise our PU calibration for the coming races. Furthermore, as this is a test, we can experiment with a wider range of PU settings than we would during a race weekend and this helps give us a clearer picture of the PU behaviour.”

“It was a shame we lost so much track time because of the rain which we did not really expect in advance, but we still have one more day tomorrow and hopefully, we will be able to do plenty of laps.”