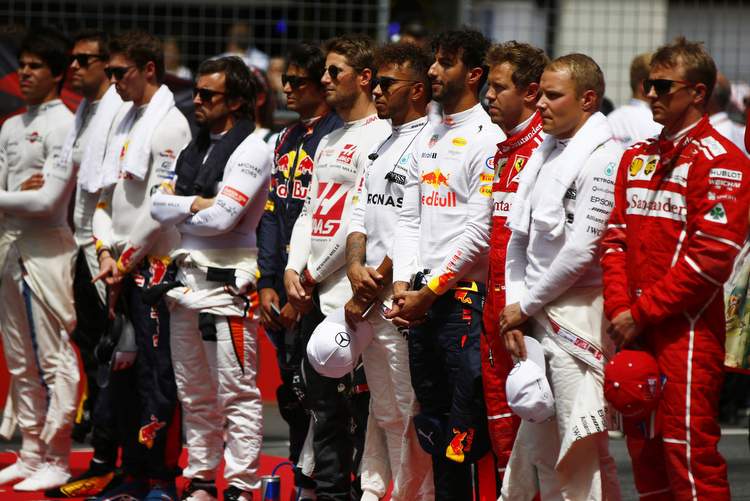 It’s that time of the year when Formula 1 driver salaries are speculated upon and this year, five-time Formula 1 World Champion, Lewis Hamilton will again be the highest paid driver on the grid, with his Ferrari rival Sebastian Vettel second on the list.

F1 Weekends YouTube Channel claim first dibs on who will earn what in F1 this year, with the video (above} listing the Class of 2019 and what they are expected to bank for their efforts in the top flight for the next twelve months.

Mercedes and associates will be dishing out a staggering $57-million for Hamilton’s services, with Vettel reportedly banking $12-million less but will still take home $45-million.

To put that into perspective: the combined salaries of the rest of the 18 drivers amounts to about $65-million.

Third on the list, thanks to his move from Red Bull to Renault is Ricciardo whose salary has jumped to $17-million, a tad more than his former teammate Max Verstappen will earn. The Dutchman is fourth on the list.

Kimi Raikkonen takes a big cut in salary by moving to Sauber for $4.5-million, he was banking around $7-million per year from Ferrari during the last two seasons he spent with the Reds.

Nico Hulkenberg will have an incentive to beat his new teammate, the German getting a quarter what Ricciardo will earn with his $4.5-million.

Other big movers on the salary front are McLaren bound Carlos Sainz on $4-million and Ferrari new boy Charles Leclerc set to add $3.5-million to his bank account.

Sergio Perez’s $3.6-million is triple what Lance Stroll with earn despite Daddy owning the team the youngster will get $1.2-million pocket money.

Another one who will seeking a raise come the end of the year is Pierre Gasly who was promoted to Red Bull from Toro Rosso, his salary doubling to $1.4-million, but still a tenth of what his teammate Verstappen will be drawing, while comeback kid Daniil Kvyat comes in at a bargain basement 300K for Toro Rosso.

Robert Kubica will pocket a modest $570K for his comeback with Williams. In 2010, before his rally accident, the Pole was paid $7.5-million by Renault for the same job.

Of the rookies, Lando Norris got the best deal with 260K heading his way from McLaren, while Toro Rosso’s Alexander Albon’s deal will see him paid 170K – least of all the drivers.

Notable too is the fact that for the services of experienced Romain Grosjean and Kevin Magnussen, Haas are shelling out a mere $3-million for the pair. What’s the price of an F1 front-wing?

According to the report, the twenty F1 drivers will this year will earn a combined $168-million at an average of $8.4-million.

A discrepancy that exists in the list is the question of Vettel’s salary, Forbes below have him on $50-million which is five mil more than the abovementioned.