Max and Daniel to race with cowboy race suits in Texas 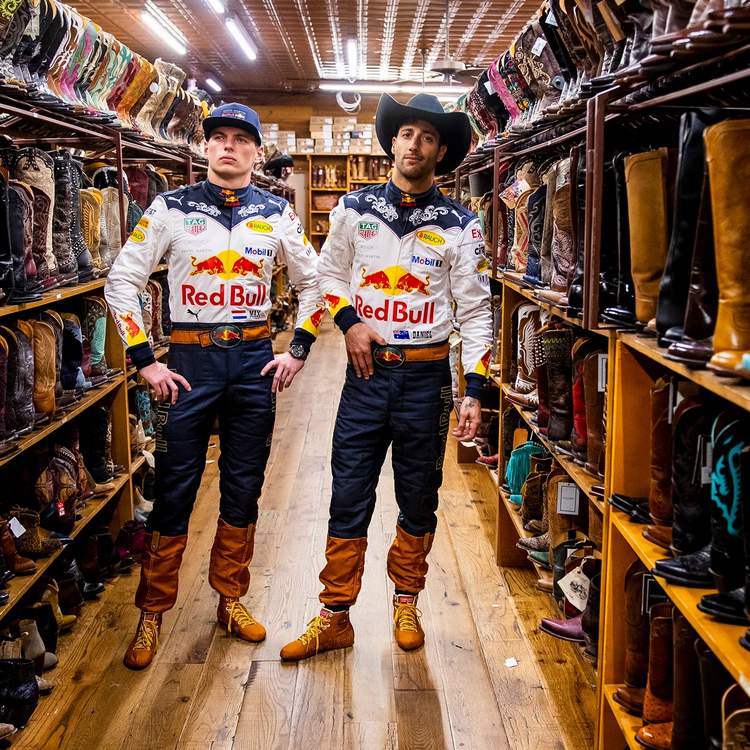 Ahead of the race at Circuit of the Americas, Red Bull tweeted:

Previously Red Bull drivers have used lederhosen-style race suits when they raced at their home race in Austria a couple of years ago.

Ricciardo will start the race from fourth on the grid, while Verstappen is set to line-up 13th on the grid after suffering a suspension failure during Q1 on Saturday.