Alonso: Never in my plans to do a full IndyCar season 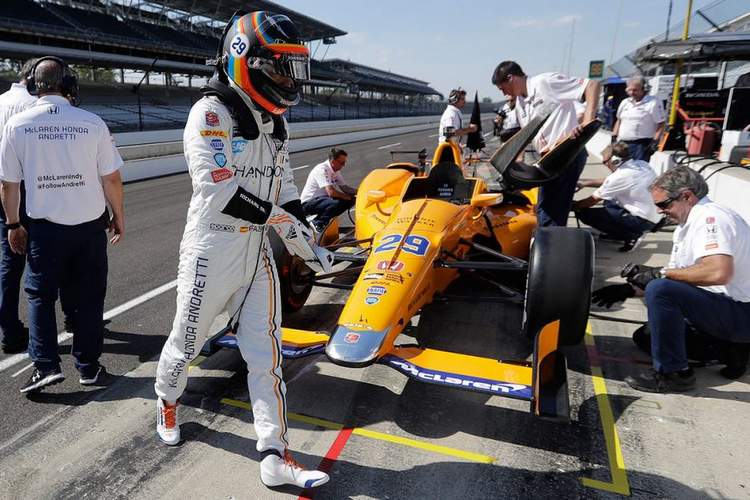 The prospect of Fernando Alonso racing in Indycar next year had fans and promoters super excited but they will be disappointed to learn that the veteran Spaniard knew since August that he would not be racing in the Stateside series in 2019.

Following on from confirmation by McLaren chief Zak Brown that his team will not embark on an Indycar programme with Alonso or any other driver for that matter.

The double F1 World Champion told reporters in Austin, “I have known it since August, so what was said doesn’t affect my future plans the least, as I’ve known it for a couple of months.”

“I went there and tested an IndyCar in September just to know how the cars felt like, but there was no hidden agenda, no other plan for the future.”

Fernando: As I said many times, the Indy 500 is still very attractive

“Zak announced it, I’ve read people saying this was a setback for me but it wasn’t, because it was never in my plans to do a full IndyCar season, so nothing changed for me.”

“My programme for next year has been clear to me for many months, but we need to put things together, do a crossover of many plans and when it will always be settled we’ll make this announcement,” added Alonso.

Last year Alonso raced in the Indy 500, spending a week at Indianapolis where he won the hearts and minds of fans and media alike, with the prospect of a Nigel Mansell style switch to Indycar on the cards.

The McLaren driver is nevertheless open to another foray at the Brickyard, “Let’s see. As I said many times, the Indy 500 is still very attractive, as it was last year, and after winning Le Mans this year, it’s even more attractive to try to achieve it in the short term.”

Brown: McLaren will not do Indycar Series next year