Indycar: We hope Alonso does the full 2019 season 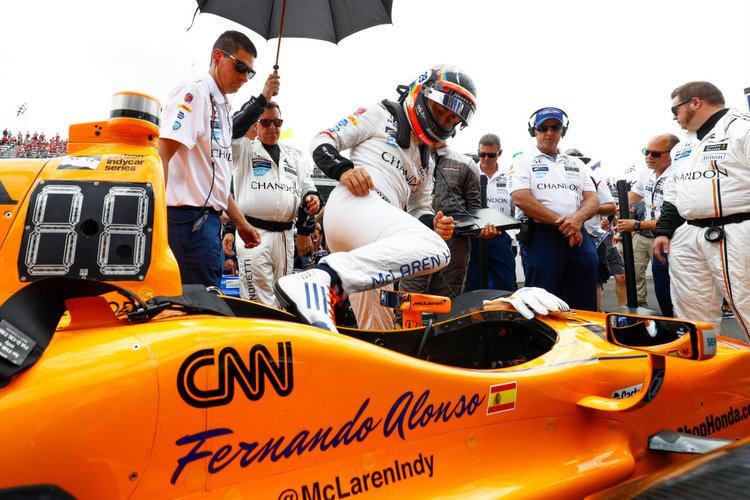 Fernando Alonso’s decision to quit Formula 1 at the end of this season is official, now the motorsport world anticipates that the double world champion will confirm his participation in Indycar with an effort which McLaren is reportedly working on.

Indycar got a taste of the Alonso charm offensive last May when he thrilled all with his Indianapolis 500 adventure, a move Stateside to campaign Indycar next year would be a huge boost for the series and provide an opportunity for the Spaniard to grow his ‘brand’ in America.

Indycar chief Mark Miles revealed that the wheels are already in motion, “Today’s announcement certainly has fueled excitement among IndyCar fans who hope that Alonso will compete throughout the championship in 2019.”

“McLaren is working to put all the necessary arrangements in place, and we are supporting their efforts. I don’t expect this to be resolved until closer to the end of this year,” added Miles.

Amid suggestions that a new entry for 2019 is too late for McLaren, speculation is they may team up with an existing outfit and run a car out of the same stable for Alonso as they did with Andretti Autosport for last year’s Indy 500 foray.

Ryan Hunter-Reay, winner of the 2014 Indy 500 and a teammate of Alonso’s with Andretti for the one race, said the Spaniard would be welcomed back and would be a great addition to the series.

“It would be appealing to me if I were him,” said Hunter-Reay during a conference call ahead of this weekend’s IndyCar race at Pocono.”

“I spent time with him as his teammate and know he’s as hungry as ever to win. We worked very well together and would welcome him no doubt but I have no idea where this whole thing is going right now.”

“I don’t know where McLaren stands with it… a lot of speculation at the moment but I think he would be a great addition to IndyCar and have a lot of fun here,” added Hunter-Reay.

Big Question: Would Fernando be popular and succeed in the USA?