Kubica: I hope to see you on the F1 grid next year 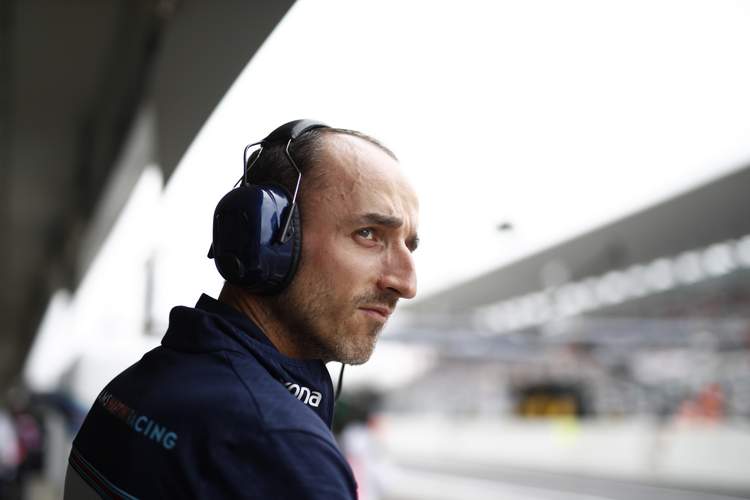 Reports since Suzuka have suggested that Robert Kubica has acquired $10-million which he can use to finance his way back on to the Formula 1 grid with Williams, but it appears that this may be the case in the future but nothing is signed or sealed.

According to the Polish website Super Express, Kubica met with executive chairman, Daniel Obajtek at the offices of PKN Orlen, the country’s major oil refiner and petrol retailer, which triggered speculation that the company would back his Williams seat bid for 2019.

The Pole is Williams test and reserve driver this year after losing out on a race seat when he could not match the funding brought in by Lance Stroll or Sergey Sirotkin, the latter securing a seat with a reported $15-million injection by his backers SMP Racing.

Kubica’s management team, which includes 2016 F1 World Champion Nico Rosberg, could not match the Russian money and thus the one-time grand prix winner was relegated to the sidelines, with occasional test outings and FP1 sessions to keep him busy.

With regards to the reports in Polish Media, PKN Orlen released a press release to play down the significance of the meeting:

“In connection with media stories regarding the involvement of PKN Orlen in sponsoring Robert Kubica, we would like to inform you that at this stage it is too early to talk about potential cooperation or provide any details. At the same time, we confirm that a meeting between PKN Orlen Management Board executive chairman, Daniel Obajtek, and the driver took place. It was aimed at discussing the potential of motorsport development from various perspectives, which for many years have remained in the circle of strict interests of PKN Orlen.”

The company, which was created through the merger of two state-run petrochemical firms, is a major sponsor of the Polish volleyball, both the national teams and the women’s national tournament.

In 2010, the PKN Orlen was behind the all-Polish, Verva Racing Porsche Supercup team and have also been involved with the Verva’s leading off-road endurance team for the past 18 or so years.

Kubica has yet to react to latest reports, but at Suzuka, he told media, “It is not an easy time for my fans and for me, but I am relaxed and smiling.”

“It does not mean that I already know what I will do next season. I thank my fans for their support and patience. I hope to see you on the F1 grid next year. I’m working on it.”

On Monday, the 33-year-old from Krakow also met with Poland’s Prime Minister Mateusz Morawiecki who stated at the end of the session, “Poland always supports its own.”

A seat with Williams is Kubica’s most realistic option for next season, with only Toro Rosso an alternative, although the Red Bull junior team have expressed interest, they are likely to stick to their policy of promoting younger drivers.