Halo does the job in Belgian Grand Prix start shunt 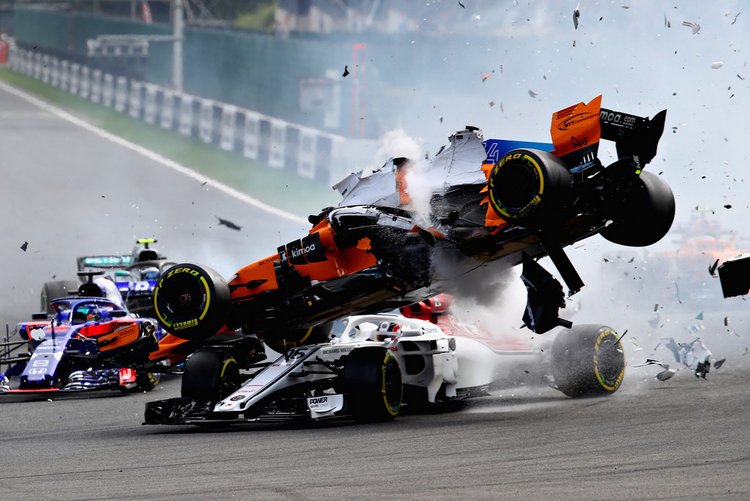 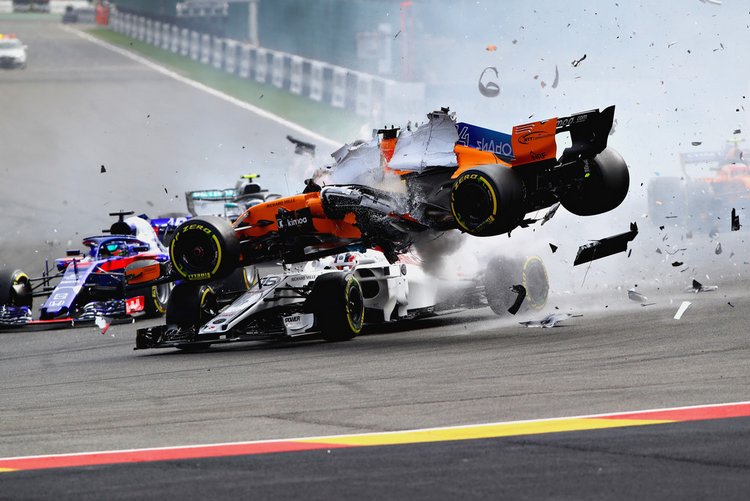 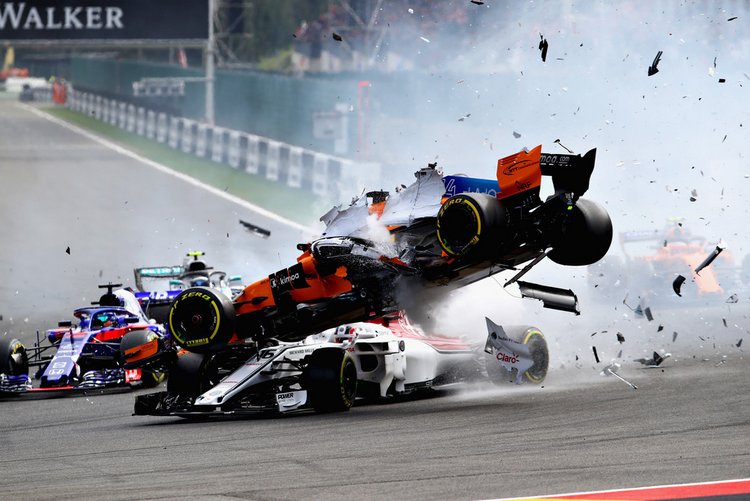 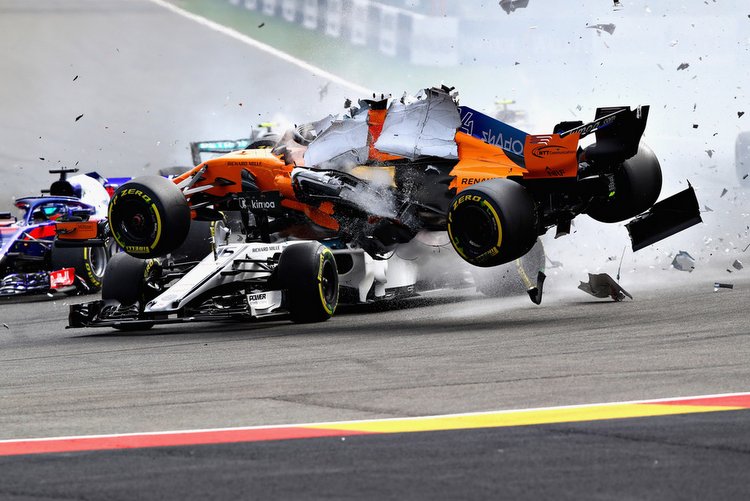 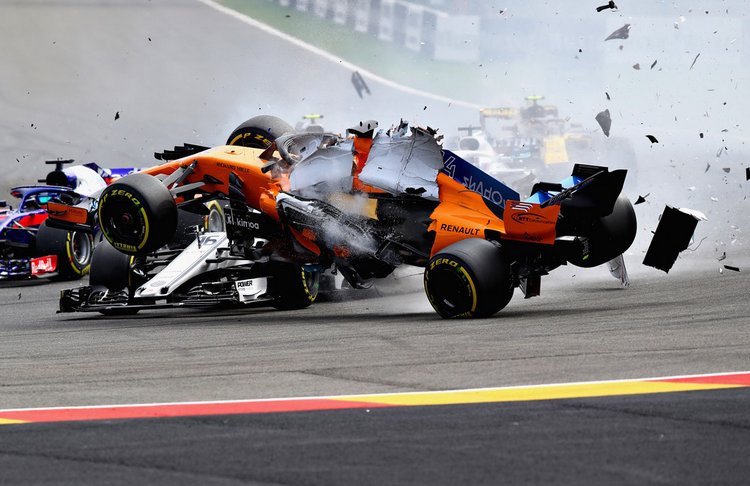 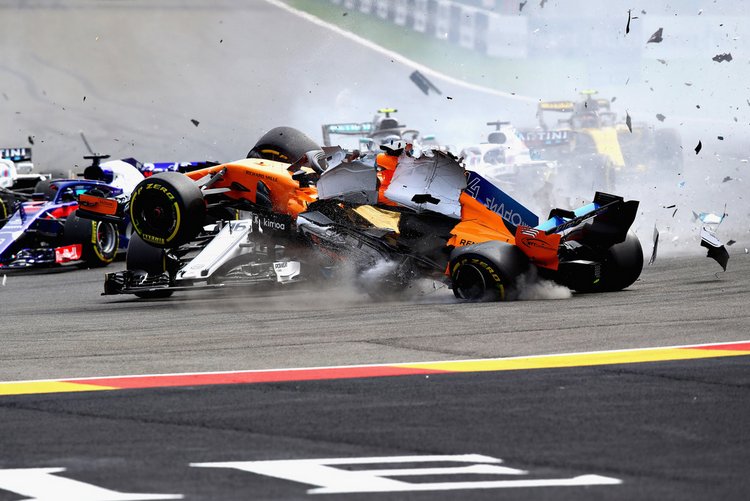 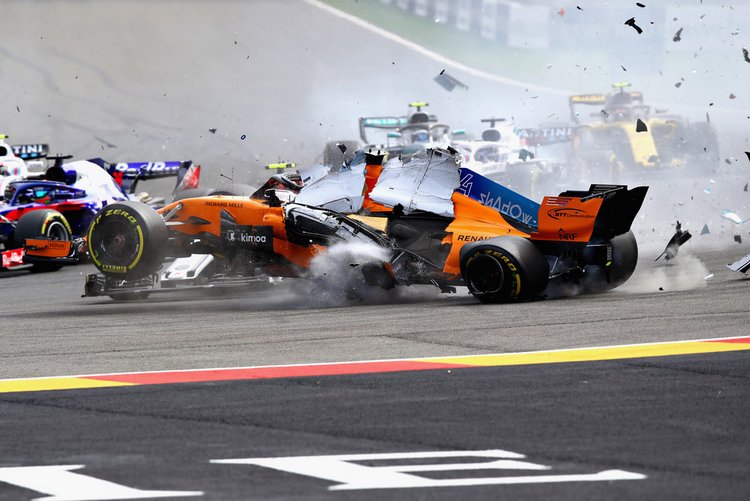 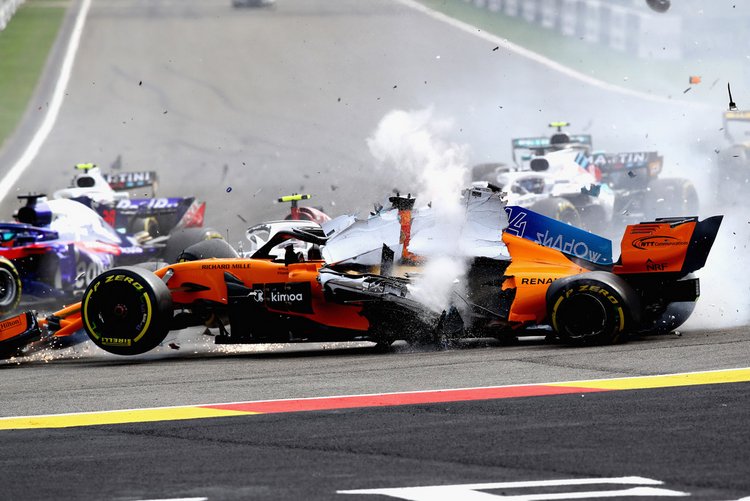 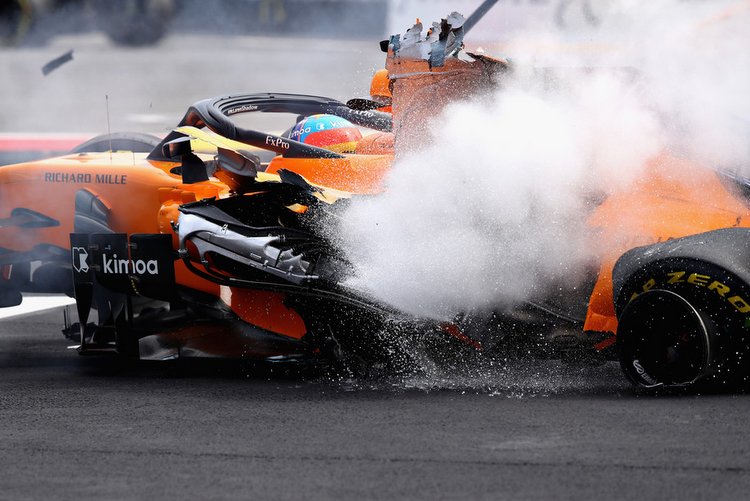 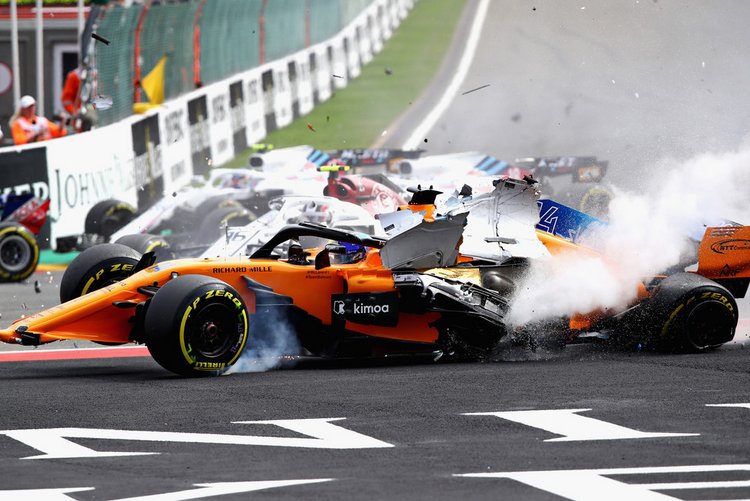 The Belgian Grand Prix was marred by a first lap Turn 1 incident, at the daunting Spa-Francorchamps circuit which eliminated Fernando Alonso, Charles Leclerc and Nico Hulkenberg, while somehow causing damage to the Ferrari of Kimi Raikkonen and the Red Bull of Daniel Ricciardo in a domino effect kind of way.

As the field powered off the start line into the tight Turn 1 hairpin Hulkenberg miscalculated his braking point, the Renault locked up and rammed the McLaren which was launched by the impact and flew over the Sauber of Leclerc, scraping over the halo in the process, causing extensive damage to all three cars.

All three drivers climbed out of their wrecks unaided and a safety car period was initiated to recover the cars and clear the debris. Their grand prix was run.

Raikkonen suffered a puncture and damage, and was forced to limp back to the pits where the Ferrari repaired the car and sent him out, but by the eighth lap they retired the car.

In the Red Bull, Ricciardo also suffered damage which compromised his race and led to him pulling out of the race 20 laps later.

The accident was reminiscent to the one triggered by Romain Grosjean at the same place on the circuit, at the 2012 edition of the race.

The Frenchman received a one race ban for his waywardness, his mistake on that day was very similar to Hulkenberg’s misjudgement today. 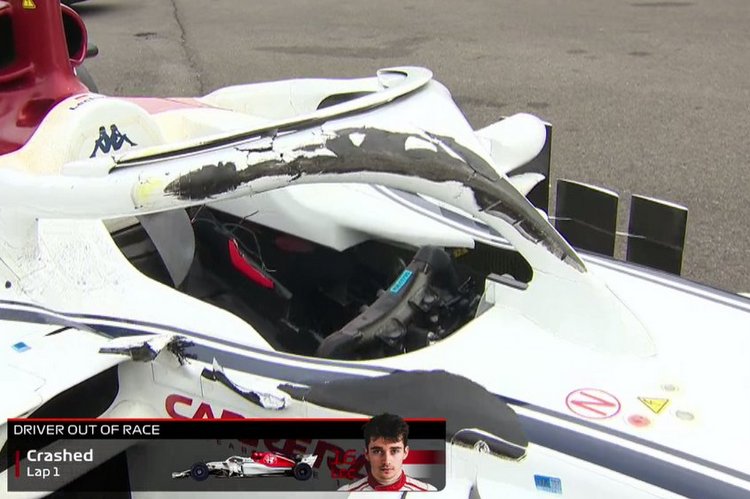