Verstappen: What a f@cking joke, all the f@cking time 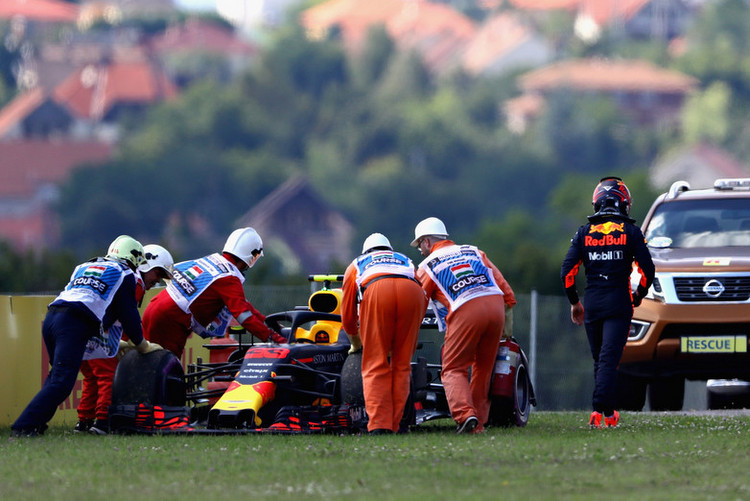 Max Verstappen did not hold back after retiring from the Hungarian Grand Prix on the sixth lap when his Renault engine expired on an afternoon where a podium was very much a possibility for the Dutchman.

The Red Bull driver did all he could in the first few laps of the Hungarian Grand Prix, making his way from seventh on the grid and was up to fifth before his car coasted to a halt and yet another DNF.

The 20-year-old fumed out over the radio: “Can I not just keep going? I don’t care if this fucking engine blows up… What a fucking joke, all the fucking time. Honestly. Argh!”

After the race Verstappen was still not pacified, “For Danny and me, it is just not at all how it should be. You pay millions for what you hope is a decent engine but it keeps breaking down!”

“I was 25 seconds clear of Daniel because of our starting positions and I felt OK so we could have easily been fifth, that is valuable points thrown away.”

And added, “They beeped all my swearing on the radio, they should have kept it in so they know how I feel.”

With the Formula 1 world entering a much needed and welcome break, Verstappen was clearly not in holiday mode, “At the moment I don’t really care. I hate it when people say: bad luck and enjoy your holiday. For the first week, I won’t enjoy it because of my last race. I don’t feel like I’m in the holiday mood.”